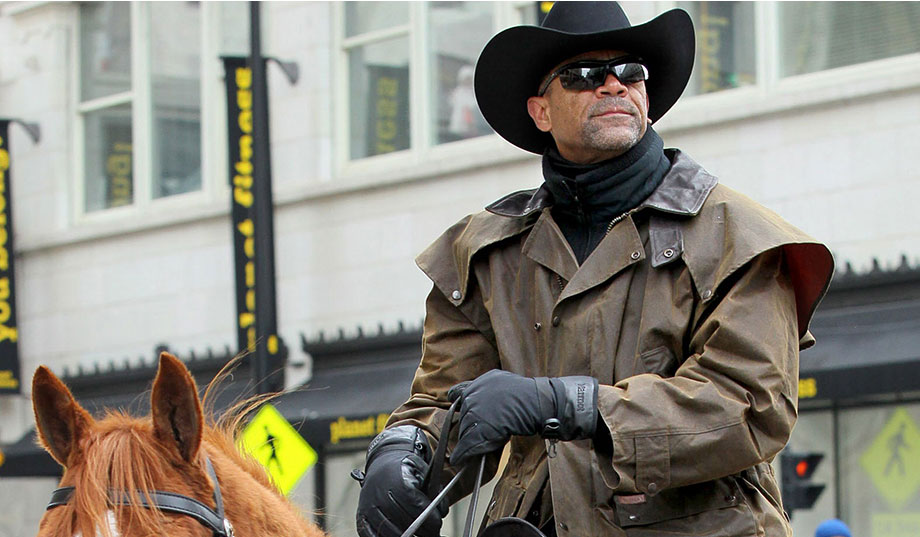 Milwaukee County Sheriff David Clarke Is a Supporter of CSPOA.

Annual honors have often gone to elected leaders or lawmen with New York ties, but association President Patrick Lynch said Sheriff Clarke’s unflinching support of law enforcement during a time when many are critical of or second-guessing the work of police officers made him a prime choice for the honor.

“Sheriff Clarke is a passionate and vocal defender of police officers, at a time when our job is more difficult and dangerous than ever before,” Mr. Lynch said. “That is exactly what the PBA does for New York City police officers, so it has been encouraging to hear Sheriff Clarke make the same case on a national stage. We should be hearing that type of support from elected leaders in both parties and at all levels of government.”

Clarke was first elected in 2002 after spending 24 years with the Milwaukee Police Department.

He said he was humbled and honored to receive the designation.

“I accept this award on behalf of every law enforcement officer who serves and protects their community with integrity, honor, courage and commitment throughout the United States,” Sheriff Clarke said.