Military couple gunned down outside their Virginia home 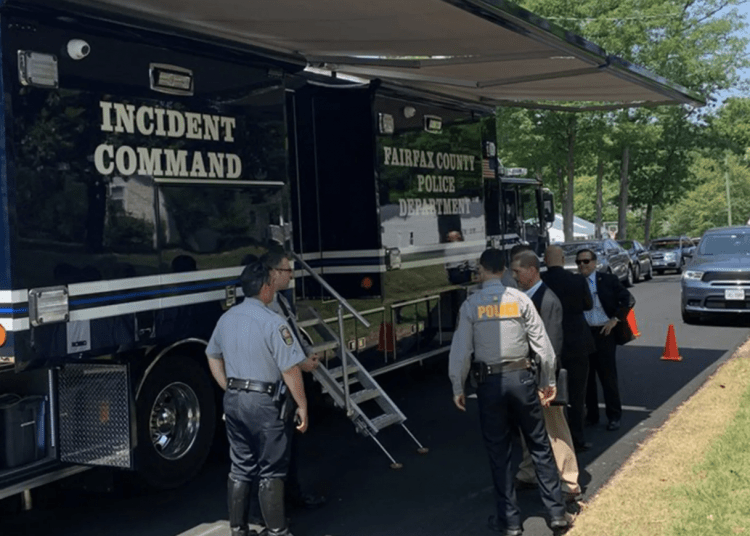 SPRINGFIELD, Va. – A manhunt is being led by the Fairfax County Police Department as they are pleading with the community to help them find the killer(s) who took the life of a Springfield couple – both military veterans – Wednesday morning.

The couple were gunned down in their front yard just before 9:30 a.m., Fairfax County police said. The heinous crime has more questions than answers at the preliminary stages of the investigation, Fox 5 DC reported.

“They did nothing wrong. They were tragically and horribly murdered in their neighborhood,” Fairfax County police Maj. Ed O’Carroll said at an evening news conference.

The victims were identified as Edward McDaniel Jr., 55, and Brenda McDaniel, 63. Both were military physicians, O’Carroll said. There was at least one other family member inside the home at the time of the shooting, which police said was directly related to an incident at the residence earlier this week, the news outlet reported.

According to FOX 5 DC, Edward McDaniel was an active duty colonel in the U.S. Army and Brenda McDaniel was retired from military service.

Although investigators were searching for a 2018 light-colored Nissan Altima with Maryland plate number 1EF1479, they have not identified suspect(s) or motive in the case.

“We still need to identify this killer, we need to get him off the streets,” Fairfax County police Chief Kevin Davis said. “We think he’s likely still local. … The car may be parked in your neighborhood right now.”

“There’s a lot of questions that we still have,” Davis added. “The key is the car, but ultimately the key is the shooter or a second person.”

A $10,000 reward was being offered for information in the case that leads to an arrest, Fox News reported.  Earlier in the day, Davis said authorities believed the “shooter or shooters” were known to a relative of the two victims.

As more information filtered out, investigators believe it’s possible the suspects and the victims knew each other, and the shooting erupted from either a dispute or a burglary, FOX 5 reported.

They say a burglary had been reported at the same address on Monday.