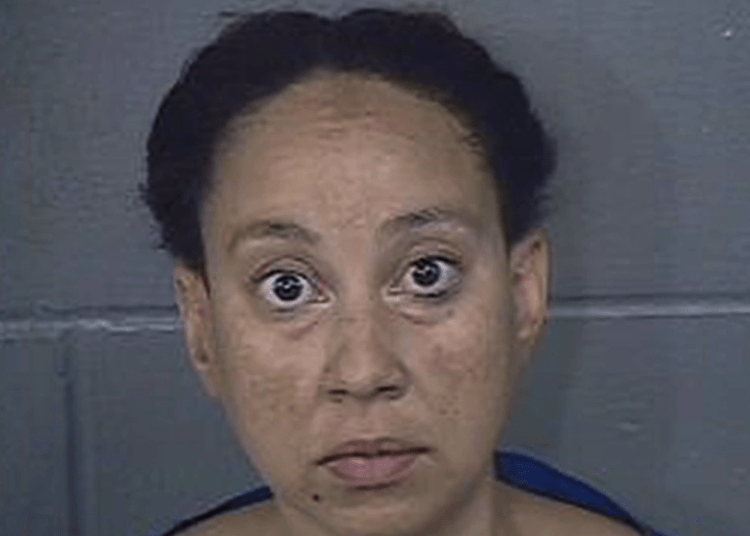 Melanie Biggins reportedly shot her husband in bed before blaming it on a home intruder. (Jackson County Detention Center)

KANSAS CITY, Mo. – A woman in Missouri charged with murder initially told police that a home intruder shot her husband in bed before investigators discovered her lies were an attempt to cover-up the murder, authorities said.

Law enforcement officers in Kansas City responded to a home early Thursday morning regarding a shooting. Upon arrival they discovered Melanie Biggins, 40, attempting CPR on her dead husband, who was lying in a pool of his own blood in the couple’s bed, KCTV reported.

Biggins told officers she was awakened by the sound of gunfire and saw her husband, Etienne McEwan, had been shot, claiming she did not see who committed the act.

She claimed she hurried downstairs, saw the front door open and called 911 prior to attempting CPR.

In reality, she shot her husband in their bed before hiding the weapon and pretending they had been victimized by a home intruder, according to officials.

Police discovered a pillow and blanket on the floor with a bullet hole in them, as well as a bullet fragment, during their investigation.

Moreover, they located a handgun case in the closet and a purple and black .38 Special handgun beneath a bunk bed in the adjacent room after Biggins said the only firearm in the house was her husband’s rifle in the closet, according to a probable cause affidavit.

When investigators asked the woman about the .38 Special, she didn’t have an explanation, WCTV reported.

Biggins told investigators she and McEwan were married, but “due to financial problems, she had been in an intimate relationship with another man for a year and a half,” according to court documents.

The accused killer said she wanted a divorce, but that was not an option due to financial difficulties, the documents say.

Further investigation revealed that Biggins purchased the handgun at a pawn shot in Independence, Missouri in July.

McEwan died from a gunshot wound to the back of his head, according to the Jackson County Medical Examiner’s Office.

Biggins is charged with first-degree murder and armed criminal action. She was booked at the Jackson County Detention Center and is being held on $50,000 bond.