Lyndhurst police were executing a court order to seize firearms 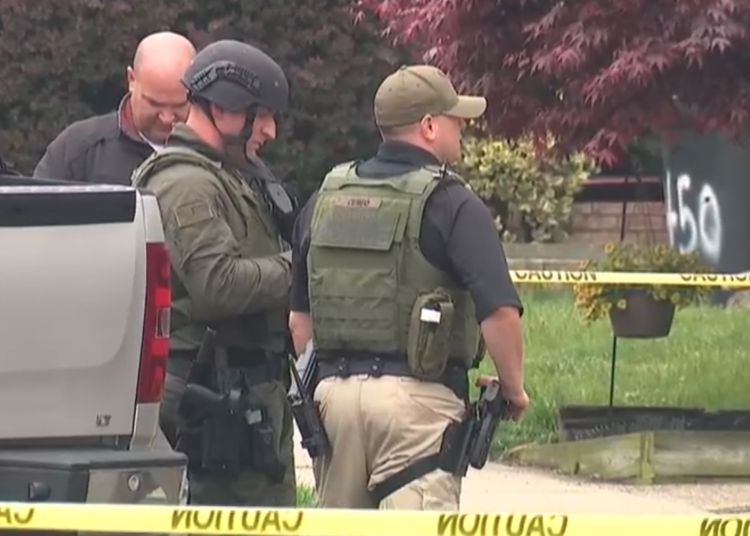 Officers of the Lyndhurst Police Department had a 21-hour standoff with Robert Condit before he surrendered. (Screenshot NBC New York)

LYNDHURST, N.J. – Police in New Jersey locked down a neighborhood for 21 hours due to a standoff with a non-compliant man who reportedly used a flamethrower as the SWAT team sought his surrender.

The tense stalemate began Tuesday afternoon, as a man who resides on Thomas Avenue in Lyndhurst had an arsenal of weapons, including a flamethrower, according to police.

Lyndhurst police responded to Condit’s home to execute a court order to seize guns from the house.

Police said some of the weapons were legally owned. It was unclear what prompted the court order, but authorities said Condit was not happy about the situation.

Officers were able to safely escort Condit’s grandmother and mother out of the home, but then he barricaded himself inside, according to News 12.

The Bergen County Regional SWAT team responded and took control of the scene. A video circulating on social media showed someone firing a flamethrower toward police.

“After 21 hours, he realized it was the best course of action for him,” said Lyndhurst Police Captain Michael Carrino.

“It’s a comforting feeling knowing that police and SWAT teams can handle such situations in a way that nobody got injured,” said Ali Haider, a neighbor who had to flee his home.

According to law enforcement authorities, Condit doesn’t have a criminal record. Police said he is receiving a medical evaluation at a nearby hospital before facing charges.