The Minnesota Freedom Fund bailed out a man who was involved in four separate shootouts, including one where a vehicle with a child inside was hit by gunfire. He went on to commit several crimes. At sentencing last week, a Walz-appointed judge dismissed three of the four charges stemming from the shootouts. 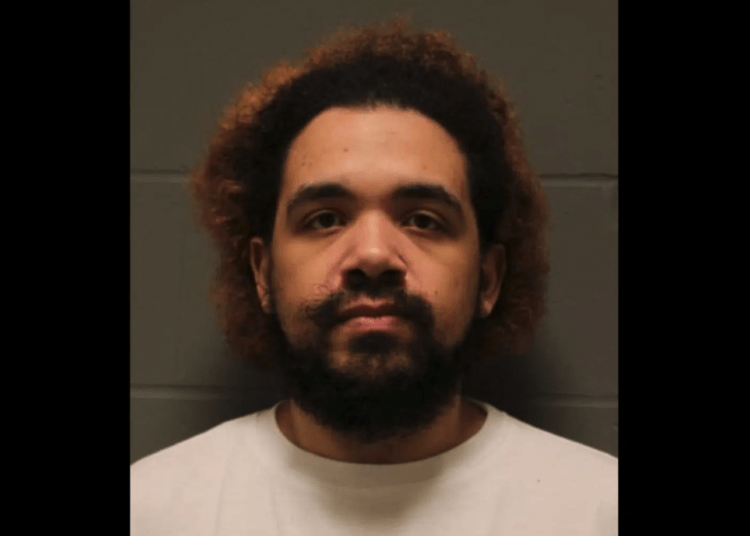 Darnell Allen Davis, 30, was charged in Ramsey County related to what police said were a series of four shootouts they responded to in St. Paul between Oct. 17 and Nov. 8, 2020. Charges say the shootouts stemmed from an argument with another involved party who sold a stolen vehicle to Davis’s brother, Jonathan Davis, in which the latter Davis was subsequently arrested and charged with receiving stolen property. In the Oct. 17, 2020, incident, charges say shots fired by Darnell Davis struck a vehicle that contained a child. The complaint doesn’t state that anyone was injured by gunfire in any of the four shootouts.

Darnell Davis was eventually charged by warrant in March 2021 with two counts of drive-by shooting and two counts of second-degree assault, all felonies, related to the series of shootouts. Davis was also charged by warrant with felony fleeing in a vehicle after St. Paul police spotted him in a vehicle and tried to arrest him on the shootout warrant. Davis was taken into custody in May 2021 and remained jailed on the two cases until the Minnesota Freedom Fund posted cash bail on Davis’s behalf in early July 2021.

Court records show Davis entered into plea agreements on the two cases days prior to being bailed out by MFF.

The controversial nonprofit bail fund, MFF, raised over $40 million in celebrity-fueled donations during and after the George Floyd riots in 2020, which included support from Vice President Kamala Harris. The fund has come under fire several times since then. The organization raised millions on the premise that it would bail out any peaceful protesters arrested at the time. But instead, the organization has repeatedly bailed out violent offenders and those with lengthy criminal histories, many of whom have subsequently been charged with new crimes while out on bail, including murder, sex crimes and serious assaults.

A bill was authored by state Rep. Mary Franson in the last Minnesota legislative session that would have limited the ability of nonprofit organizations like MFF to provide “no-strings” bail on behalf of arrested parties. The Bail Abatement Non-Profit Exclusion Act, dubbed the “BANE Act,” would have prohibited nonprofits from organizing or registering in the state of Minnesota for the purpose of “providing payment to a person or to a state court in order to satisfy a bail condition determined by the court.” During Franson’s introduction of the bill, she cited several cases where defendants bailed out by MFF were known to have violent histories or were charged with new crimes after being bailed out. The bill did not pass through committees for a vote during the last session.

Under the terms of the plea agreements involving the two cases, Davis agreed to plead guilty to one felony count of drive-by shooting. The remaining three counts in the shootout case would have been dismissed at sentencing and the prosecutor would have joined in a recommendation for a dispositional departure of one year in the local workhouse and five years of probation. Davis also agreed to plead guilty to the felony fleeing charge in the other case in exchange for a stay-of-imposition, which meant if Davis successfully completed probation, the felony in that case would have been reduced to a misdemeanor conviction.

The terms of the plea agreements stated that Davis was to remain law abiding with no new arrests or charges, comply with the pre-sentencing investigation process, and appear for sentencing in the two cases.

Court records indicate that Davis nearly immediately failed to comply with the terms of the plea agreements and failed to appear in court for the Aug. 2021 sentencing hearing.

Within a month after signing the plea agreements and being bailed out by MFF, Davis was charged with a misdemeanor count of violating a domestic abuse no contact order (DANCO). Davis was subsequently conditionally released on zero bail after arraignment in the case.

Davis was charged by warrant in Hennepin County in another new case with felony fleeing police in a motor vehicle and a misdemeanor charge of giving false information to police stemming from a Jan. 26, 2022, incident.

Davis was arrested on that warrant and two other warrants that had been issued in the original two cases related to the plea agreements following a police standoff at a Woodbury hotel in April 2022 during which Davis claimed to be holding a child hostage. The warrants were discovered when an officer ran a plate check on a vehicle in the hotel parking lot.

Law enforcement, including a SWAT team, responded to the hotel and negotiated with Davis to surrender after he told them he had a gun and was suicidal. Following the 30-minute standoff, police discovered that Davis did not have a gun and he wasn’t holding a child hostage.

Court records show Davis had remained in custody following the April arrest and made court appearances in Hennepin and Ramsey counties on the new fleeing case and the new DANCO violation case, respectively. He pleaded guilty in the separate cases in June and August and was sentenced to local jail time already served in each case.

Davis was sentenced on Tuesday in the original Ramsey County drive-by shooting and fleeing cases. Instead of receiving the dispositional departure of one year of local jail time outlined in the prior plea agreement, Davis was sentenced to 57 months in prison on the drive-by shooting charge and one year in the fleeing case, which will be served concurrently. The three other shootout charges were dismissed at sentencing by Judge Kellie M. Charles.

Minnesota only requires offenders to serve two-thirds of their sentence incarcerated. With credit for 230 days served in jail prior to sentencing, Davis is scheduled to be released from prison in March 2025 and will remain on parole until Oct. 2026 following his release.