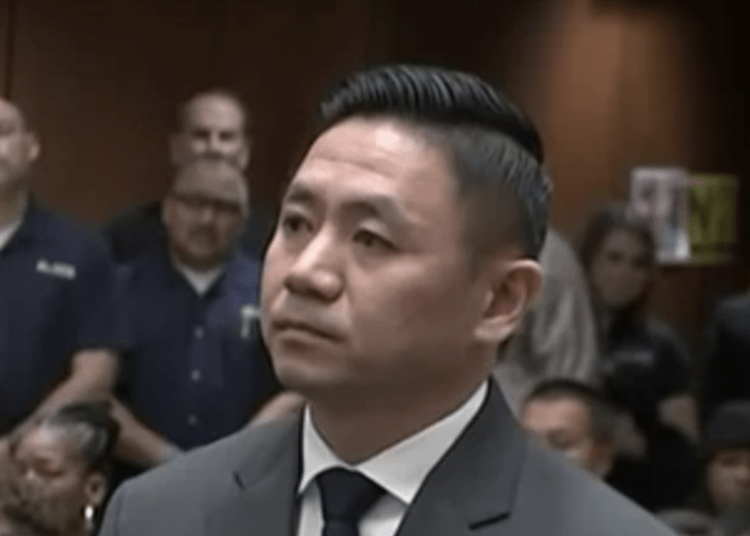 LOS ANGELES — A deputy of the Los Angeles County Sheriff’s Department was acquitted of voluntary manslaughter Friday for the fatal shooting of a man driving a stolen vehicle in 2016.

Luke Liu, 42, was acquitted by a Superior Court jury. The deputy who has been with LASD for 10 years remains on unpaid leave, according to Sheriff Alex Villanueva.

“I respect the criminal justice system and the verdict handed down by the jury. Now that the criminal case has ended, an administrative investigation will be conducted,” Villanueva said, KTLA reported.

The shooting took place in February 2016 at a gas station in the City of Norwalk, a suburb of Los Angeles. Liu pulled behind a car at the location and approached the vehicle, which had been reported stolen. The driver was identified as Francisco Garcia, 26, authorities said.

According to KTLA’s report, Liu went toward the back of the car, and when he returned to the front seconds later, Garcia began to drive away at about 5 mph, they said.

As the stolen vehicle began to pull away, Liu drew his firearm and ran parallel to the vehicle. Eventually, the deputy fired seven shots at Garcia, hitting him four times.

The man driving away in the stolen car died at the scene.

At the time, sheriff’s officials said Liu opened fire since he saw Garcia reach for something in the back seat. They also said he was hit by the car, suffering minor injuries. Witness statements conflicted with Liu’s version of events.

Prosecutors said the shooting was unreasonable and unnecessary. As a result, they charged Liu with voluntary manslaughter in 2018.

Liu’s attorney argued the deputy believed Garcia might have been reaching for a weapon, although one was never located. Nevertheless, Liu feared his life was in danger at the time he opened fire.

It was the first time in nearly two decades that a law enforcement officer was prosecuted for an on-duty shooting in the county, according to KTLA.