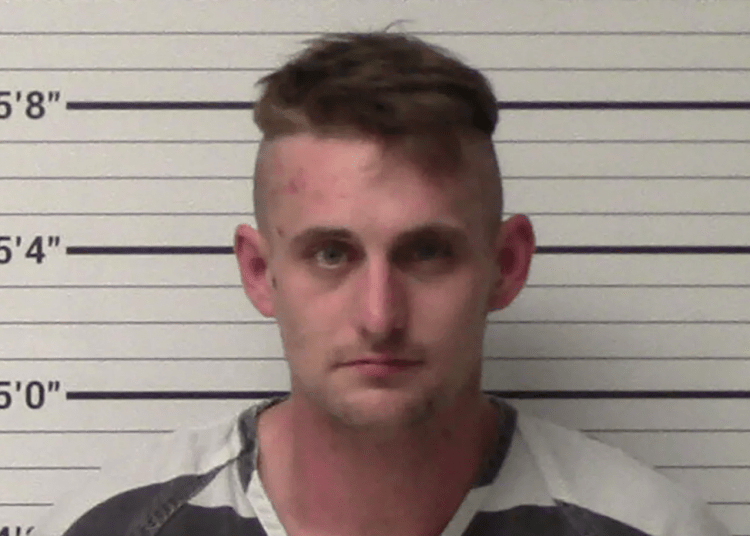 KERRVILLE, Texas – A mass Walmart shooting was thwarted as authorities arrested a man accused of plotting the horror last week. A search of the suspect’s home turned up firearms, ammunition and material officials described as “radical ideology paraphernalia,” according to reports.

The suspect was identified as Coleman Thomas Blevins. He was arrested Friday and charged with making a “terroristic threat to create public fear of serious bodily injury,” the Kerr County Sheriff’s Office said in a news release Sunday, KBTX reported.

Law enforcement intercepted a message from Blevins, 28, on Thursday, which indicated he was “preparing to proceed with a mass shooting.” Plans for the horrific crime included a local Walmart. Authorities arrested Blevins the following day, USA Today reported.

During the investigation, the Sheriff’s Office searched Blevins’ residence, according to the press release. Subsequently, they discovered “firearms, ammunition, electronic evidence, concentrated THC, and radical ideology paraphernalia, including books, flags, and handwritten documents” that were seized as evidence.

“This case reminds us that we need to always be vigilant. Many think ‘that can’t happen here’, and it was well on the way to happening,” said Sheriff Larry Leitha, “Our investigators did outstanding work in this case, and possibly saved many lives. The plot interrupted in this case is unthinkable. We appreciate the assistance of all our law enforcement partners, including the FBI, DPS, KPD, and Secret Service. We’d like to remind the public – if you see something, say something. The KCSO, working with other law enforcement professionals, will continue to stop threats to our community, and bring those responsible to prosecution.”

Blevins is on felony probation and was not allowed to have firearms in his possession, according to the press statement. He was booked at the Kerr County Jail. Kerrville is located about 70 miles northwest of San Antonio.