Lashawn McNeil Had Been In Critical Condition Since The Friday Shooting Lashawn McNeil, 47, had been in critical condition since being shot by a third officer at the scene of a domestic violence call on Friday.

McNeil, who was hit in the head and arm by rookie Officer Sumit Sulan, had been declared brain dead after the incident, a source reported to the New York Post. 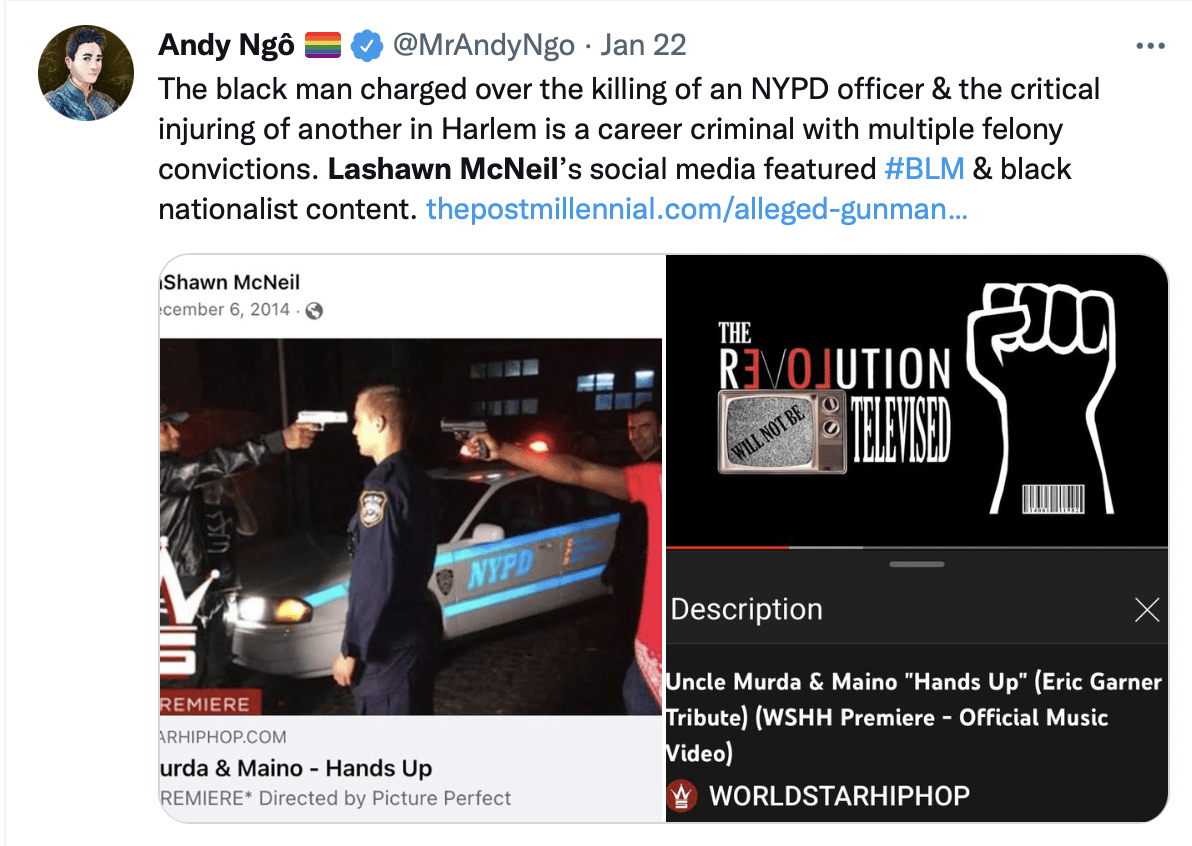 McNeil’s mother spoke to The Post just before her son died.

Telling The Post that she regretted dialing 911 on Friday when she got into an argument with him and said she blamed herself for the tragedy that followed.

“If I knew, I never would have made the phone call,” she said. “I would never have called!

“I would like to say to Mr. and Mrs. [Rivera] that I am deeply sorry,” she added. “I know that there is not words that I can express.”