An off-duty Los Angeles police officer was shot and killed in a robbery as he was house-hunting with his girlfriend, police said said. Officer Fernando Arroyos, 27, was a three-year veteran of the department. The shooting occurred oj Monday evening in the 1700 block of East 87th Street in unincorporated Los Angeles cording to NBC News.

Police Chief Michel Moore said that Arroyos was killed in a gunfight with three men who tried to rob him.

Arroyos told his girlfriend to run and exchanged gunfire with the people but was struck, they said.

Mayor Eric Garcetti paid tribute to Arroyos at a news conference saying “This man died a hero trying to defend himself and his girlfriend.” 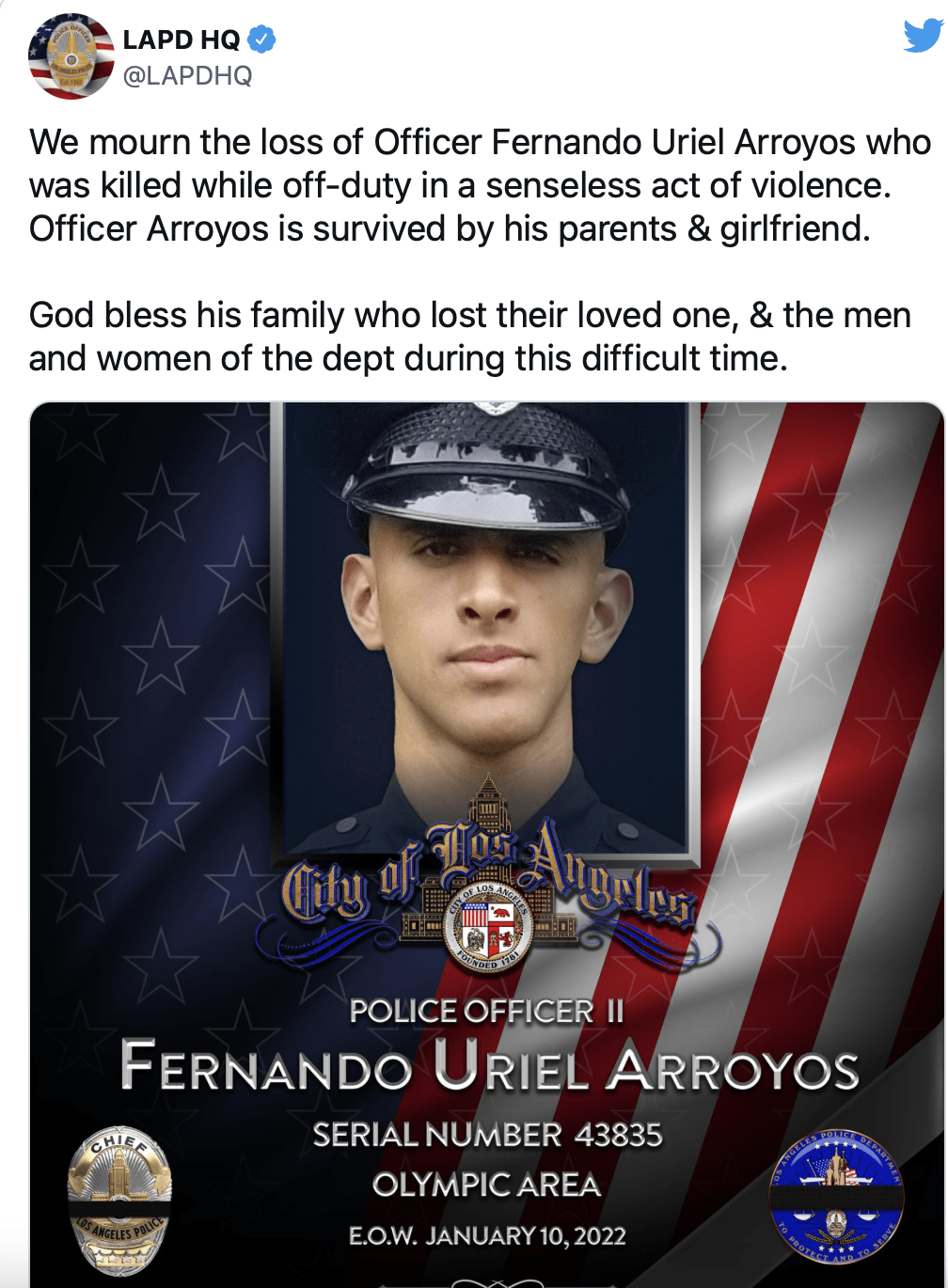 Deputies responded to the area at approximately 9:16 p.m. following a report of a gunshot victim. They found Arroyos “lying unresponsive” in the alley suffering at least one gunshot wound, the sheriff’s office said.

He was taken to Saint Francis Medical Center, where he was later pronounced dead.

Four people have been arrested, the sheriff’s department said Wednesday. Their names and charges have not been released.