Lack of Leadership Blamed On Record Violence In Atlanta 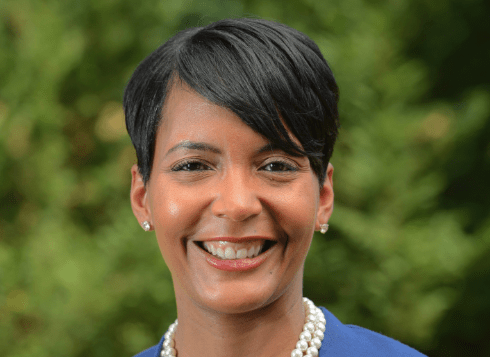 A rising star in the Democratic Party is taking heat for record violent crime in her city.

As Atlanta suffers the deadliest year in decades, Mayor Keisha Lance Bottoms is facing the brunt of the criticism.

DA WHO CHARGED ATLANTA OFFICERS GETS CRUSHED IN ELECTION

Three killings in less than 24 hours over the Christmas weekend boosted the number of homicides this year to 154, the highest since 1998, according to the Atlanta Journal-Constitution.

“It is obvious that the civilian authorities do not control the streets and cannot provide even a token feeling of safety beyond our front doors,” City Councilman Howard Shook said on December 22nd, before the recent slayings.

Violent crime is up 200% in Atlanta, yet Bottoms is too busy fundraising and self promoting on TV.

GA will reject @KeishaBottoms for law and order if she’s picked by @JoeBiden.https://t.co/fvtmWkDTU6

“To the administration, I don’t want to hear the word ‘uptick,'” Shook said. “Stop minimizing our concerns by telling us that ‘crime is up everywhere.’ Spare us from the lie that the steady outflow of our officers isn’t as bad as it is. And please, not another throw-away press conference utterly devoid of game-changing action steps. It will take a lot to turn this around. But here, in descending order, are the three things we need to begin: 1). Leadership; 2). Some leadership; 3). Any leadership.”

Fox News reported that Shook’s rebuke followed the accidental shooting of a 7-year-old girl who was riding in a car during a shopping trip with her mother and aunt. Investigators said that shooting was the result of a stray bullet fired during an altercation between several men in the parking lot of a Saks Fifth Avenue store, the Journal-Constitution reported.

This child remains in a hospital undergoing treatment. As of Saturday evening, no one had been charged.

The latest string of homicides began when police discovered a body in a park at about 5 a.m. Friday. The victim appeared to have multiple stab wounds, the Journal-Constitution reported. Hours later, police responded to a home where a man with a gunshot wound was unconscious. He later died at a hospital. Then, just after midnight, a 16-year-old girl was fatally shot during a dispute in a hotel room.

Still wishing Mayor Keisha Bottoms was Biden's pick so we could see this everywhere pic.twitter.com/D0v5VBXTcU

Bottoms addressed the sharp rise in crime, telling the Atlanta Journal-Constitution that many cities are grappling with an increase in violence crime and discussing it is “not an abdication of responsibility, but an acknowledgement of the widespread severity of this issue.”

The mayor said she is open to ideas others may have to better address the problem in Atlanta.

Considered a potential Vice-Presidential Candidate for Joe Biden, it was recently reported that she was offered an Ambassadorship to the Bahamas. Bottoms has denied that report.

In addition to the year of violence in Atlanta, the city has been plagued with violent riots and massive retirements within the Atlanta Police Department.

Share and speak up for justice, law & order...
Tags: atlantahomiciesLeadershipviolence