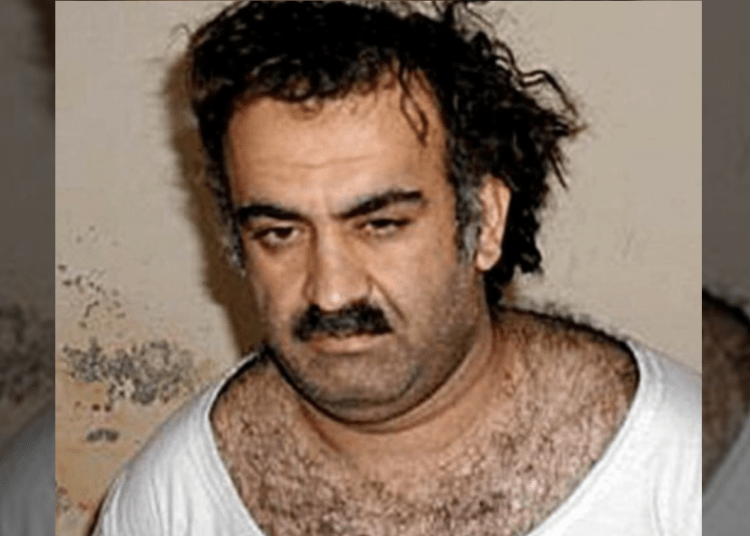 Khalid Sheikh Mohammed along with other Gitmo prisoners will be offered the COVID vaccine next week. (U.S. Government)

With an avalanche of bad press, the Department of Defense halted plans Saturday afternoon to begin offering COVID-19 vaccines to the 40 prisoners detained at Guantanamo Bay, where alleged 9-11 mastermind Khalid Sheik Mohammad has been held for the last 14 years, beginning next week.

“No Guantanamo detainees have been vaccinated. We’re pausing the plan to move forward, as we review force protection protocols,” said Pentagon Press Secretary John Kirby in a statement. “We remain committed to our obligations to keep our troops safe.”

No Guantanamo detainees have been vaccinated. We’re pausing the plan to move forward, as we review force protection protocols. We remain committed to our obligations to keep our troops safe.

The Pentagon’s decision to put the detainee-vaccination plan on hold comes after lawmakers and New Yorkers voiced opposition to the plan, particularly in light of the ongoing need to vaccinate more senior citizens around the United States, Daily Wire reported.

“President Biden told us he would have a plan to defeat the virus on day 1. He just never told us that it would be to give the vaccine to terrorists before most Americans,” said House Minority Leader Kevin McCarthy (R-CA). After the Department of Defense reversed the guidance in the memo, McCarthy simply responded: “Good.”

“You can’t make this up,” Tom Von Essen, the New York City fire commissioner during the September 11 attacks, told the New York Post after the policy was revealed. “The ridiculousness of what we get from our government. They will run the vaccine down to those lowlifes at Guantanamo Bay before every resident of the United States of America gets it is the theater of the absurd.”

New York State Assemblyman Colin Schmitt (R) called it a “national disgrace” and “embarrassment” for the U.S. to inoculate any “terrorists arm” before the county was done vaccinating senior citizens, first responders, and all of those who have pre-existing conditions caused by 9-11 related illnesses.

GUANTANAMO BAY — Khalid Sheikh Mohammed and other prisoners at Guantanamo Bay will get the COVID vaccine before most American citizens, courtesy of the United States government. In case you forgot, KSM is the accused 9/11 mastermind.

So why would our own government slap its’ citizens like this? We don’t have an answer, but this is the story.

Accused terror masterminds like KSM and other detainees at Guantanamo Bay will begin receiving the coronavirus vaccine, the Pentagon confirmed Friday, even as the United States continues to experience severe shortages of the miracle drug, New York Post reported.

A spokesman for the Department of Defense confirmed that officials had signed an order which will see COVID-19 vaccinations “offered to all detainees and prisoners.”

The shots could be given as soon as next week.

“It will be administered on a voluntary basis and in accordance with the Department’s priority distribution plan,” spokesman Michael Howard told The Post.

Forty detainees remain at the United States military prison in Cuba, including the man accused of plotting the worst attack on US soil, which claimed 2,977 innocent lives on Sept. 11, 2001, and has since been linked to thousands of other deaths.

The order is courtesy of the new Biden administration. It was signed on Jan. 27 by Terry Adirim, the Principal Deputy Assistant Secretary of Defense for Health Affairs who was sworn in as a Biden appointee on Inauguration Day, a Pentagon spokesman confirmed.