The racehorse 'Bold and Bossy' was 'apprehended' by a local sheriff 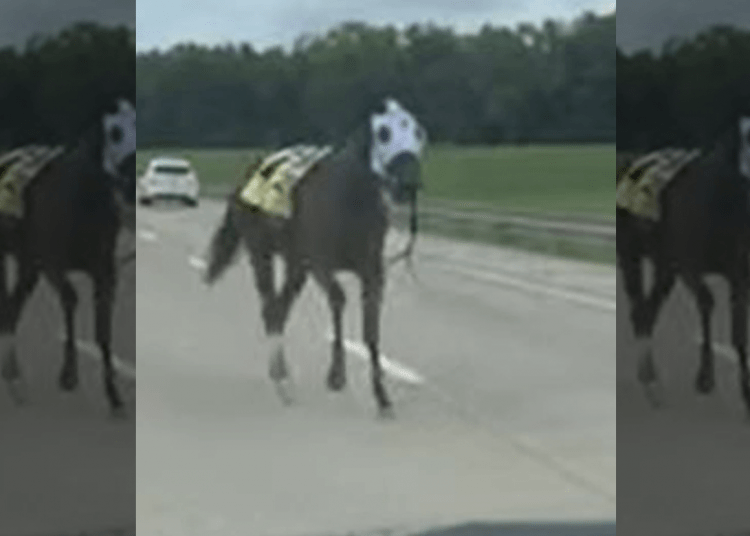 "Bold and Bossy" bucked it's rider and escaped a Kentucky racetrack Saturday. (Facebook)

HENDERSON, Ky. — “Bold and Bossy,” a 2-year-old filly found a new racing path after escaping the Ellis Park racetrack on Saturday.  She was recorded running alongside traffic on stretches of U.S. 41 and I-69 in Henderson, Kentucky, according to reports and social-media posts.

The young racehorse reportedly bucked her rider, Miguel Mena, ahead of the first race and sprinted off the track property. Her “escape” required a group of trainers and law enforcement personnel to “pursue” the horse in their vehicles before she was “apprehended” by a local sheriff, New York Post reported.

“Thank God for all the people who jumped in to go find her, because she left town,” the horse’s trainer Michael Ann Ewing said.

To complicate matters for the filly, she was wearing vision-restricting blinders, making it “a little worse trying to catch her,” according to Jack Hancock, another trainer.

“I’ve been here all my life and I’ve never seen one to do a run like this, not that far and not that much highway,” Hancock told USA Today, as the horse wearing a No. 4 bib was seen racing in traffic. 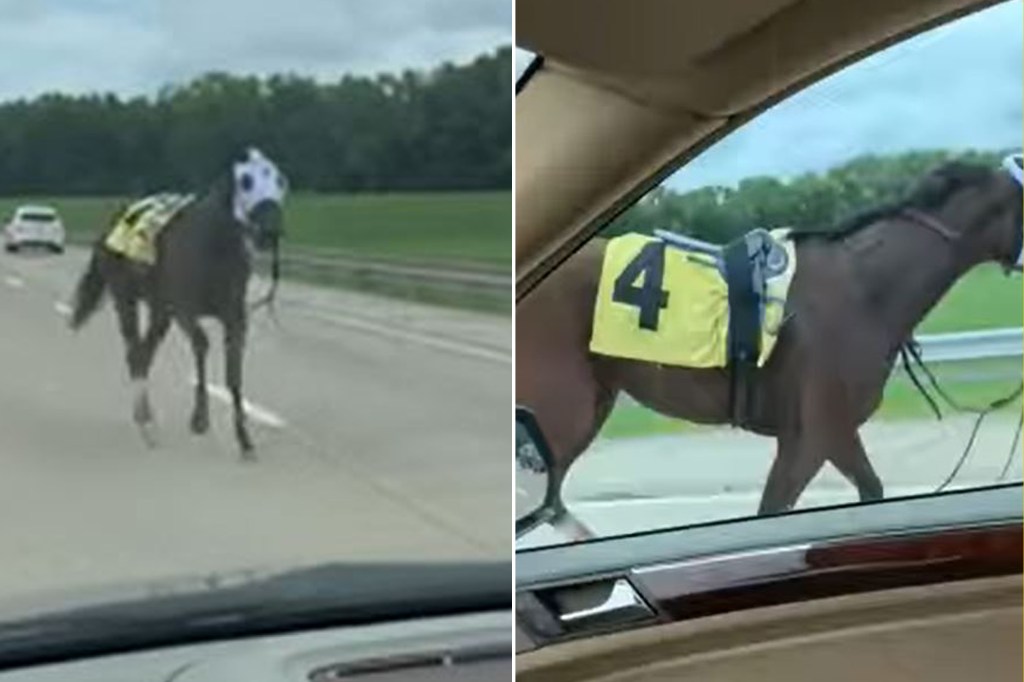 A two-year-old filly escaped a Kentucky racetrack and ran onto a highway Saturday. (Facebook)

“Horse running at me full speed on I-69 today,” motorist Cullen Stanley wrote while posting a video on Facebook, the news outlet reported. “No idea how it started or ended. Odd times we live in.”

According to Ewing, “Bold and Bossy” is owned by Bantry Farms. Moreover, her off-course gallop was not without cost. She suffered minor leg injuries due to losing two shoes and dehydration cramps during her highway dash.