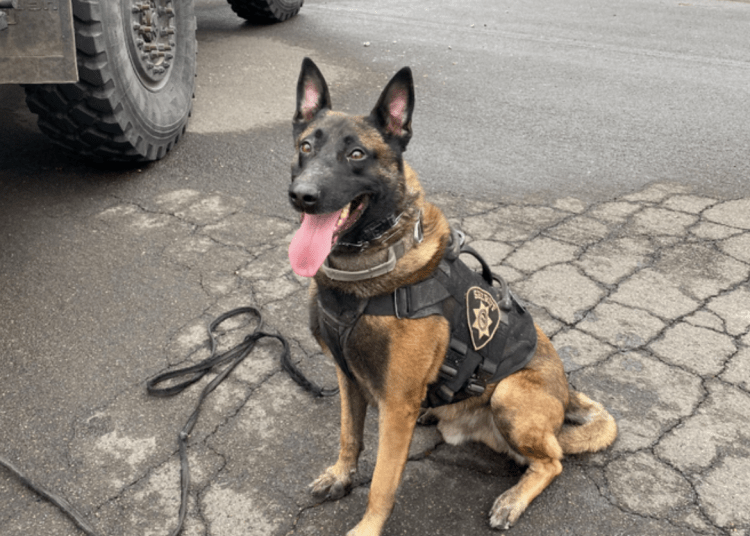 SALEM, Ore. – An hours-long police standoff outside a Salem home Saturday ended with a police dog nabbing a man who was hiding in a crawl space under the house after having fired gunshots outside the residence, according to the Marion County Sheriff’s Office.

The standoff began shortly before 3 a.m. when gunshots were reported in an unincorporated area of Salem.

Responding deputies contacted multiple people near the residence and learned a male had come to the home a short time earlier and fired multiple rounds in front of the residence prior to going inside. Deputies learned the suspect was searching for someone at the house.

Moreover, the suspect also used a firearm to commit a robbery of a a wallet from another man in the home, the sheriff’s office said.

For several hours, negotiators from the sheriff’s SWAT team set up outside the home. In doing so, they attempted to make contact with the gunman and convince him to surrender.

When the suspect failed to surrender, K9 Zeke was deployed and located him hiding beneath the home, according to the sheriff’s office. Police arrested Jeffrey Jeno Garza, 39, of Woodburn. After taking him into custody, he was taken to an area hospital to be treated for injuries–presumably for puncture wounds caused by the K9 apprehension–before he was booked into the Marion County Jail. The booking charges included first-degree robbery, second-degree theft and unlawful use of a firearm.

No one else was injured, OregonLive reported.