Suspect taken into custody after firing at police investigating crash

A South Carolina Deputy investigating a burglary had to use a Taser on his K9 after the dog bit a cow, which then charged at the homeowner and the officer.

Georgetown County sheriff’s deputies responded to the call on Wednesday when the K9 brought to the scene for the investigation reportedly became “distracted” and bit a cow that belonged to the owners of the property. The deputy then used a Taser on the K9 in order to prevent the cow from being seriously injured. 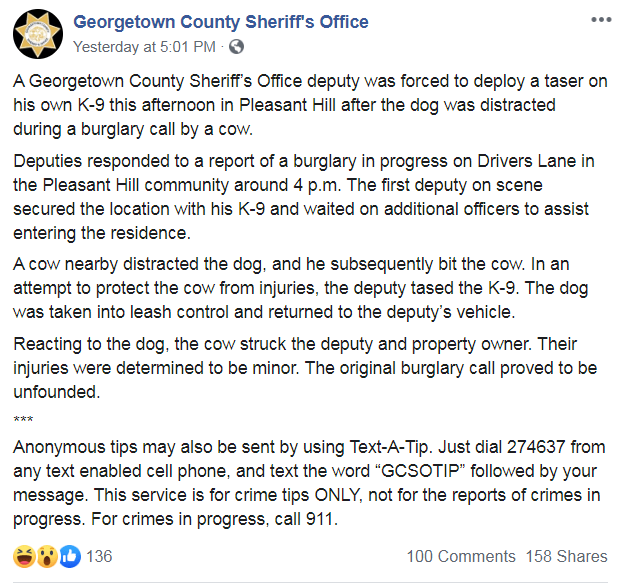 Following the bite, the scared cow ran at the deputy and property owner, hitting them and causing minor injuries. The dog was taken back to the police  car and there appeared to be no serious injuries.

What Are Your Thoughts?
Tags: cowdeputyNewstaser