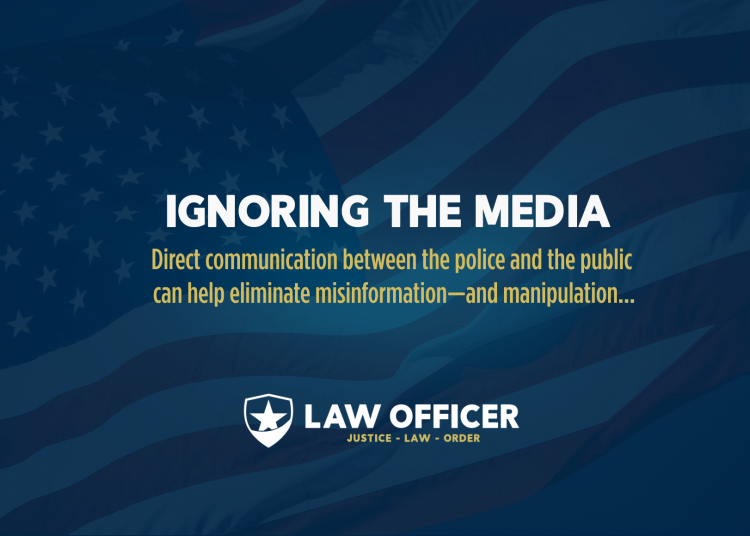 HONOLULU, Hawaii — The media in Hawaii is calling out three of Hawaii’s police chiefs for what they call “one-sided, scripted events“—and we can only say this: it’s about time. The chiefs have reportedly refused multiple media requests and instead used “department-produced video statements to make their case” according to Hawaii News Now.

Maui Police Chief Tivoli Faamu began using using department-produced videos in 2019 and others have followed. Meda Chesney Lind, Criminology professor at the University of Hawaii questions the tactic saying that “Accountability is important” and that transparency fosters public trust.

Lind could not be more wrong.

A few years ago, I sat in a seminar featuring Tulsa Police Major Travis Yates. He is the author of “The Courageous Police Leader” and his passionate plea for law enforcement agencies to stop letting the media destroy them struck a nerve. I had never heard anyone suggest “to tell your own story” or offer anything practical about being transparent while putting a stop to the way the media twists the facts about law enforcement. But the more I thought about it, the more it made sense.

According to Yates, the traditional method of communicating to the public is flawed because the media has no interest in actually telling the message accurately—they seem to have more allegiance to spinning or supporting narratives that drive a wedge between law enforcement and the public.

In talking with Yates during a break, he told me that he had been giving that message across the country for years, and that he has personally seen up close how the media is manipulating the law enforcement profession. Unfortunately, he also lamented that few departments are heeding his advice even though he keeps stressing a key point, something like, “by using old rules in a new game, our leaders are actively participating in our demise.”

Yates doesn’t exactly fit the mold of a future-seer or clairvoyant. He is far more practical and even more passionate about actual facts. But nonetheless, his words ring true more and more every day: the police must communicate more directly with the public—without the manipulating media in betwen.

For example, just this weekend, the USA Today published a headline stating that “Black women… die every day at the hands of police.” They were only off by 363 last year and there are more examples than I care to mention. And this completely ignores the “black women” who shoot at police officers. I suppose all that “intersectionality”—of being black, female, and criminals—grants them a free pass according to the wanna-be-woke USA Today writers.

And likewise, in what finally seems like a step in the right direction, much like Yates explained years ago, these Hawaii police chiefs are taking a different approach. Full disclosure: it also resembles the “Law Officer Local Network” that gives departments and organizations the opportunity to do exactly what Yates boldy told that crowd years ago—and what the Hawaii chiefs are doing now.

“Be Your Own Media”

Also, toward full disclosure, as a retired homicide detective —and contributor to Law Officer—I can’t explain how important it is for law enforcement professionals to re-think and re-engage how they use media to communicate with the public. As Yates explained, whenever the police and the public communicate directly it’s a good thing. And following this approach is probably the last hope for preserving a profession that fights crime for the sake of justice, law, and order.

As the chiefs and Hawaii have boldly demonstrated, relying upon the media to communicate to the public is something that police departments and law enforcement professionals must re-imagine—otherwise they are letting themselves be part of the problem, and part of the demise of the profession.