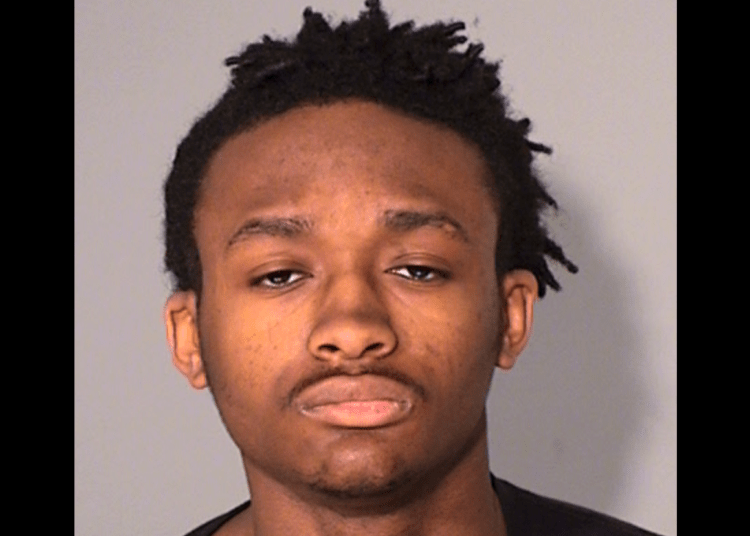 ST. PAUL, Minn. — A Minnesota man from St. Paul was charged with attempted robbery of an elderly woman this week after his mother made the positive identification from a surveillance video.

Isaiah Jamal Foster, 18, is accused of trying to rip a purse from a woman’s grasp and pulling her to the ground as she entered a Walgreens in St. Paul, KMSP-TV reported.

As a result of the violent crime, Judith Stuthman, 81, suffered a concussion and bleeding on the brain, according to the news outlet.

“The actions of this young person caused significant trauma and injury to an elderly resident and spread fear throughout our community,” Ramsey County attorney John Choi said in a statement, according to KMSP.

“I want to thank investigators for their work on this case and the mother of the young offender for doing the right thing by turning her son into authorities.”

The criminal complaint describes a family member showing Foster’s mother a video recording of the crime that was released to the public in order to identify the perpetrator.

“I’m 100 percent sure that is him,” she reportedly said after viewing the video. She added that she decided to turn him in after “praying on it.”

Isaiah Jamal Foster has a lengthy criminal record – robbery, assault, car theft – just to highlight a few. I'll share more in this thread. Foster is currently on probation – until December 31, 2023. Until recently, he was held at West Central Regional Juvenile Center in Moorhead. pic.twitter.com/6VusGC6e3D

Foster’s mother said she recognized his coat in the video. Serendipitously, it was the same coat he was wearing during a Tuesday carjacking for which he was already in custody at the time of this new charge, the Western Journal reported.

Stuthman was bound to retain her purse as she had it wrapped around her wrist when Foster reportedly tried to rip it from her grasp.

“What went through my mind was ‘he’s not getting my purse,’” she told KMSP.

“And I didn’t realize until I saw the video that I had grasped onto the sliding door at Walgreens. Apparently, I knocked it off its track which is a surprise. I just know I was unconscious.”

Stuthman empathized with Foster’s mother saying, it “had to be a terrible trauma to her also.” However, the elderly victim believes the mother did the right thing by turning him in.