Mother of 1-year-old boy hit by police gunfire speaks: ‘My baby didn’t deserve to be shot’ 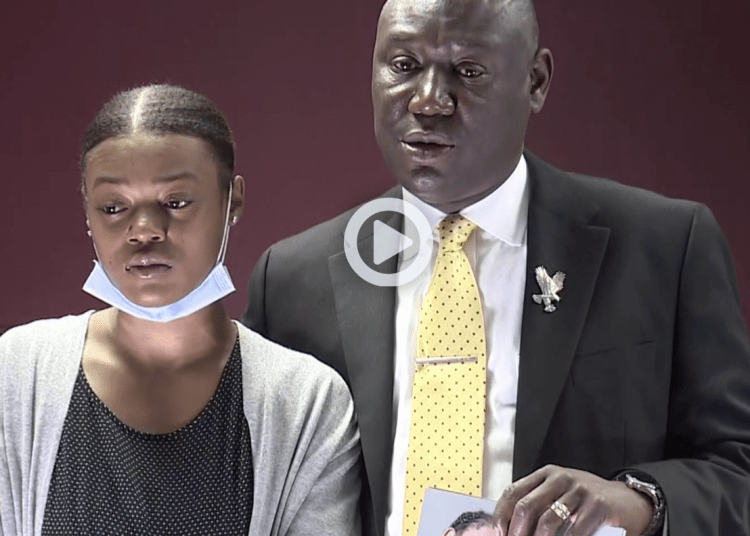 Houston, TX – The mother of a 1-year-old boy hit by gunfire from a Houston police officer who was shooting at a robber earlier this month spoke about the incident for the first time Tuesday. The shooting happened on March 3, 2021, at a gas station.

According to police, the robber jumped out of a vehicle and into another vehicle where a woman was pumping gas. Police said they spotted a weapon as they moved in on the man and a Houston Police officer shot and killed the robbery suspect according to Click 2 Houston.  Police said that a 1-year-old who was in the back seat of the vehicle at the gas pump was also hit by gunfire.

Daisha Smalls, the mother of Legend Smalls, said she had just finished pumping gas and had gotten back into her vehicle when a man ran up and tried to force her out. She said she was screaming at the man that her baby was in the car and that she wouldn’t get out

Daisha Smalls, 19, said the man forced his way into the vehicle and that was when police opened fire, hitting her son. She said Legend suffered a gunshot wound to the right side of his head. She said the bullet has been removed from his brain, but bullet fragments remain.

“My baby didn’t deserve to be shot, especially by the police,” Daisha said.

Daisha said her son is still in the intensive care unit and is struggling to breathe and move on his own.

Attorneys representing Daisha, including civil rights attorney Ben Crump, accused the police of breaking their own policies by opening fire before properly identifying their target. Crump and other attorneys have put the family on notice that a lawsuit is forthcoming and he is demanding that the department release the full surveillance video from the gas station and any body camera video.

On Tuesday, Police Chief Art Acevedo released a statement in regards to the shooting: 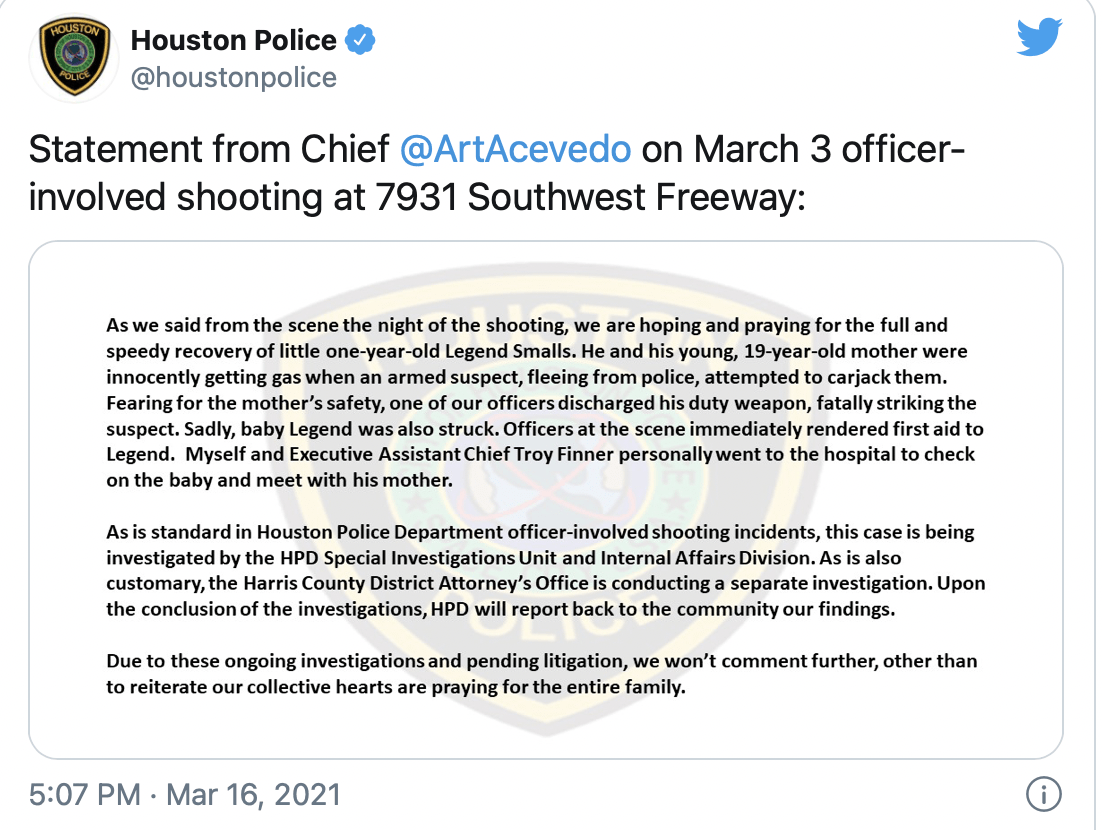