The group expressed "serious concern" about a recent DHS intelligence report "received by Border Patrol that instructs agents to look for violent criminals from Venezuela among the migrant caravans." 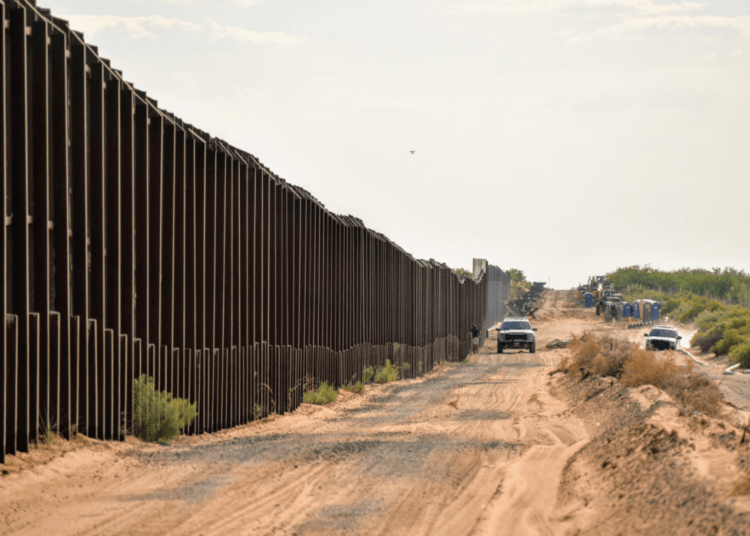 A coalition of House Republicans led by U.S. Rep. Troy Nehls, R-Texas, is “demanding answers about Venezuela releasing violent prisoners early and pushing them to join caravans heading towards our southern border” in a letter sent to Department of Homeland Security Secretary Alejandro Mayorkas.

“We need transparency and accountability from this administration,” Nehls tweeted when publishing a letter he and his colleagues sent late last week.

In their letter, the group expressed “serious concern” about a recent DHS intelligence report “received by Border Patrol that instructs agents to look for violent criminals from Venezuela among the migrant caravans heading towards the U.S.-Mexico border.

“It has been widely reported that the murderous narco-terrorist Maduro regime in Venezuela is deliberately releasing violent prisoners early, including inmates convicted of ‘murder, rape, and extortion,’ and pushing them to join caravans heading to the United States. Some of the released prisoners have already been spotted within migrant caravans traveling from Tapachula, Mexico, toward our southern border as recently as July of this year, meaning they could already be in our interior.”

According to U.S. Customs and Border Protection data, between October 2021 and July 2022, more than 130,000 Venezuelans were encountered illegally entering the U.S. across the southern border.

“DHS confirms that Venezuela empties prisons and sends violent criminals to our southern border,” Nehls previously argued. “President [Donald] Trump warned us about this years ago.”

Trump reiterated his claims last June at an event in the Rio Grande Valley with Texas Gov. Greg Abbott. He said federal security officials in his administration thwarted drug dealers and smugglers and halted much illegal activity across the border as a result of deals he made with Mexico, Honduras, Guatemala and El Salvador.

Under the Obama administration, when MS13 gang members and other criminal foreign nationals were deported, their home countries wouldn’t take them back, Trump said.

“For years, these countries wouldn’t take them back,” Trump said, which is one reason why he halted financial aid to these countries. Then he got calls from their leaders, he said, who told him, “’Sir, you’re not paying us anymore.’ And I said, ‘That’s right.’”

“They said, ‘Sir we would love to have MS13 back in our country. We think they are wonderful people,’” Trump said.

“And we were bringing them in by the thousands getting them out. And now they’re sending them back because what they are doing is they are opening their prisons and prisoners, murderers, human traffickers, all of these people, drug dealers, they’re coming in through the caravans, not everybody, but are coming in illegally,” he added.

The members of Congress asked Mayorkas to provide information about what precautions DHS was taking to prevent criminals from Venezuela from entering the U.S., if DHS was aware of the current location or final destination of released prisoners, how many Venezuelan nationals have already entered the U.S. at the southern border since President Joe Biden took office and how many of them have criminal records.

The letter comes after Mayorkas in July extended by 18 months Temporary Protected Status for eligible Venezuelans.

He said doing so was “one of many ways the Biden administration is providing humanitarian support to Venezuelans at home and abroad, together with our regional partners. We will continue to work with our international partners to address the challenges of regional migration while ensuring our borders remain secure.”

The 18-month TPS extension became effective Sep. 10 and lasts through March 10, 2024. Only beneficiaries under Venezuela’s existing designation, and who were already residing in the U.S. as of March 8, 2021, are eligible to re-register for TPS under the extension. Venezuelans who arrived in the U.S. after March 8, 2021, are not eligible for TPS. Approximately 343,000 individuals are estimated to be eligible for TPS under the existing designation of Venezuela, DHS says.