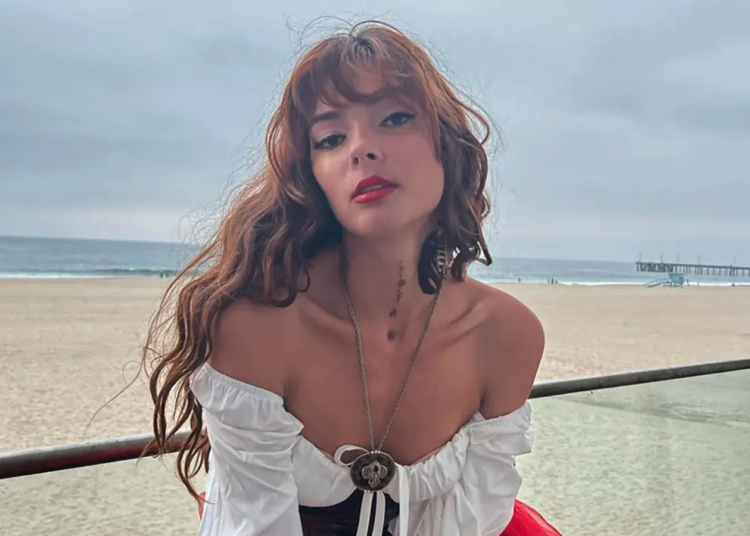 Christy Giles, 24, had a lethal mix of cocaine, fentanyl, ketamine and GHB in her system when she died. (@christygilesx/Instagram)

LOS ANGELES – A Hollywood producer has been charged with murder in the drug overdose deaths of an aspiring Los Angeles model and her architect friend. Both women were dumped unconscious outside separate hospitals in Southern California last year, Law Officer reported.

Last week the Los Angeles County District Attorney’s Office filed murder counts against David Pearce in connection with the deaths of Christy Giles, 24, and Hilda Marcela Cabrales-Arzola, 26, according to the Los Angeles Times. Pearce, 40, has been jailed since Dec. 2021 on unrelated rape charges.

Actor Brandt Osborn, 42, has also been charged as an accessory to the women’s murders. A warrant has been issued for his arrest, the New York Post reported. 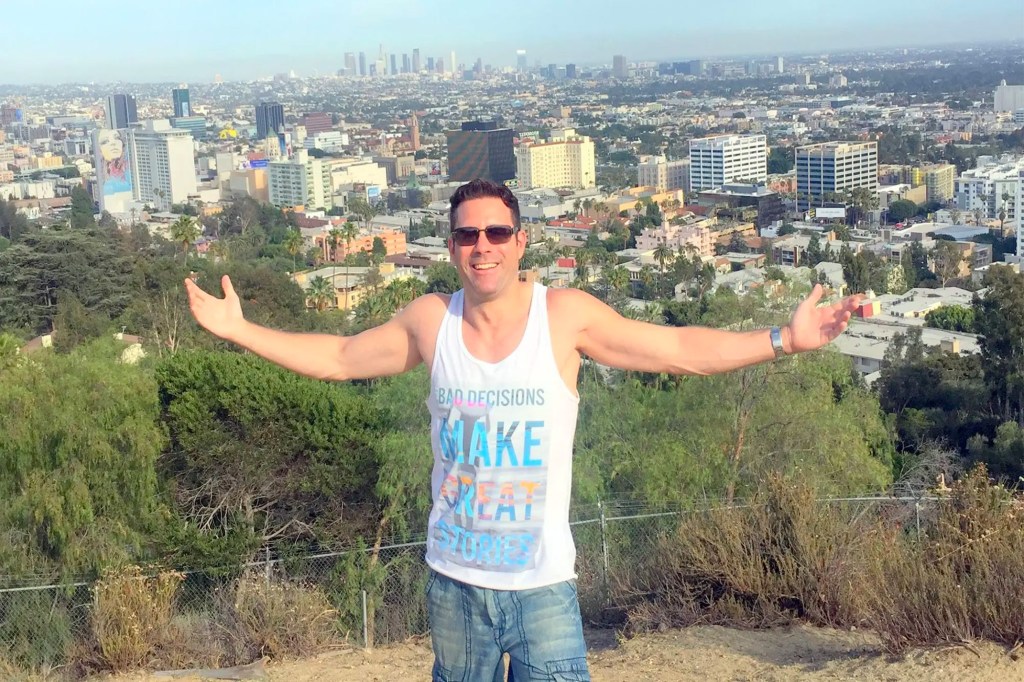 Actor Brandt Osborn, 42, was charged as an accessory to the women’s murders. (Facebook)

A third man who was associated to the investigation, Micael Ansbach, 47, was not charged.

The deaths of Giles and Cabrales-Arzola were ruled homicides in April since multiple drugs were present in their systems, including one known to be a date rape drug, officials said.

Giles and Cabrales-Arzola were both partying at a warehouse in East Los Angeles in the early morning hours of Nov. 13,  2021. The Los Angeles Police Department said the women went to a home on the other side of the city before being dumped at separate hospitals, Fox News reported.

Giles was abandoned on the sidewalk of a hospital in Culver City and pronounced dead a short time later. Cabrales-Arzola was dropped off at a hospital around two hours after Giles. She died on Nov. 24, 2021.

According to LAPD, Pearce was arrested in December on suspicion of manslaughter. He is also facing charges of forcible rape as well as one count of rape of an unconscious or asleep person as well as a charge of sexual penetration by a foreign object in relation to separate incidents dating back over a decade.

Investigators also found a passport and $30,000 in Pearce’s vehicle when he was taken into custody. His defense attorney argued in late January that Pearce’s bail should be reduced to $100,000, as it was set at $3.4 million, the New York Post reported.

Osborn and Ansbach also were arrested in connection to the deaths of Giles and Cabrales-Arzola. Both were booked on suspicion of being accessories to manslaughter, but later released pending further investigation, according to the Los Angeles County Jail booking records. 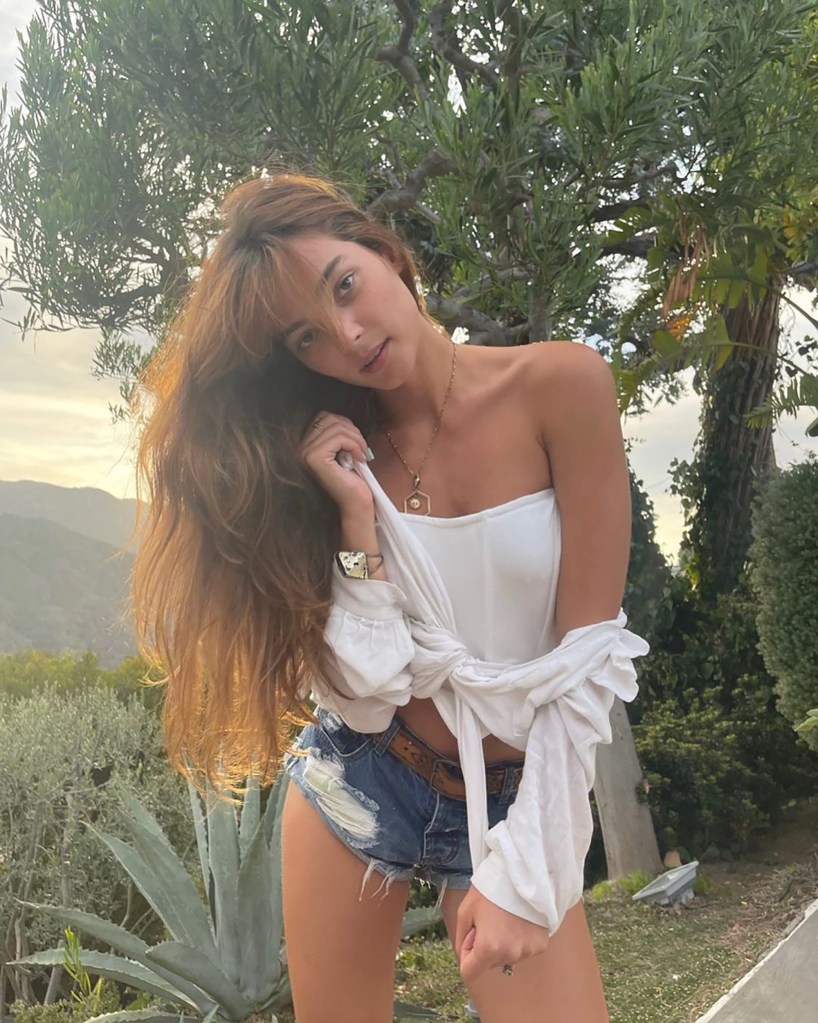 Gamma-hydroxybutyric acid is known as the “date rape drug,” according to DEA.

Cabrales-Arzola died of multiple organ failure and multiple drug intoxication, with cocaine, methylenedioxymethamphetamine, and other drugs found in her system, according to LACME records. 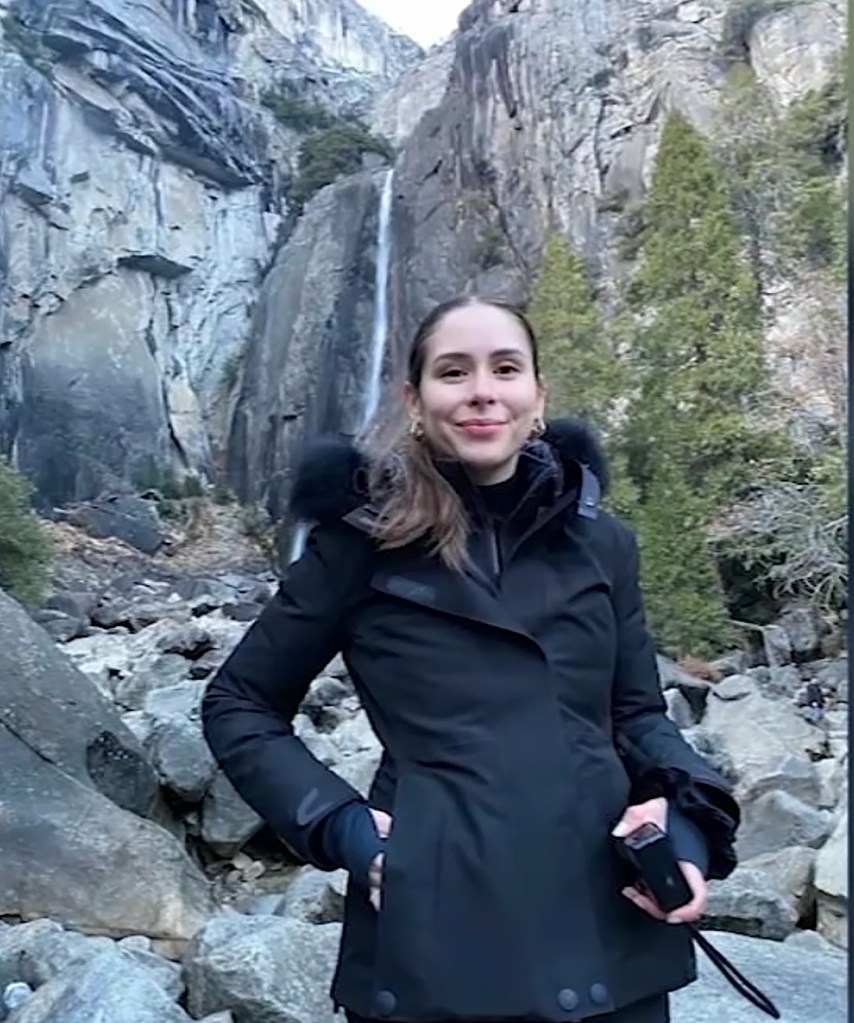 Cabrales-Arzola was an interior designer who was from Mexico, and Giles was a model originally from Mount Olive, Alabama. 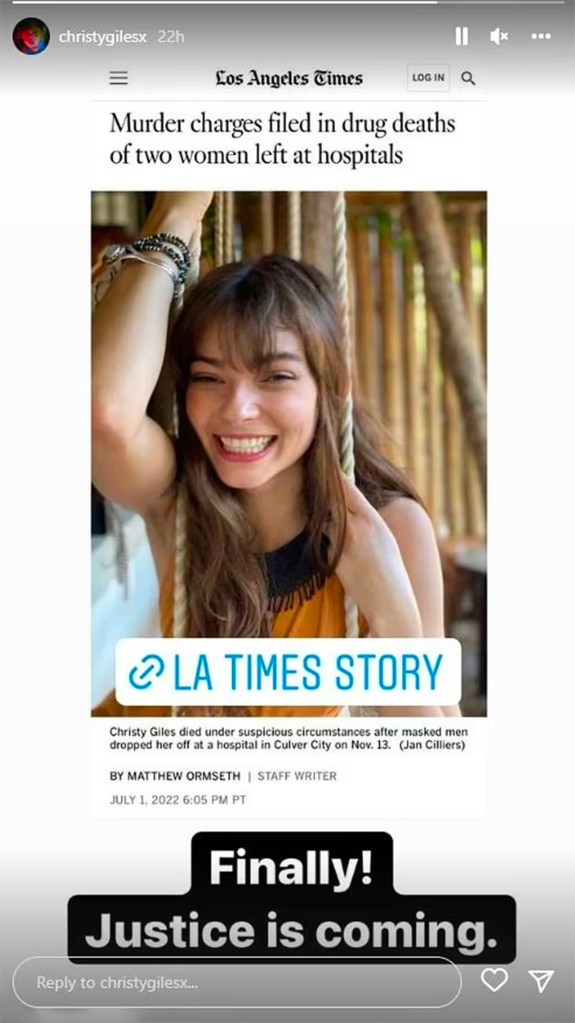 Giles’ family welcomed the news of murder charges being filed against Pearce. (Instagram/@christygilesx)

Pearce’s lawyer said his client plans to plead not guilty when he is arraigned on July 11, the New York Post reported.