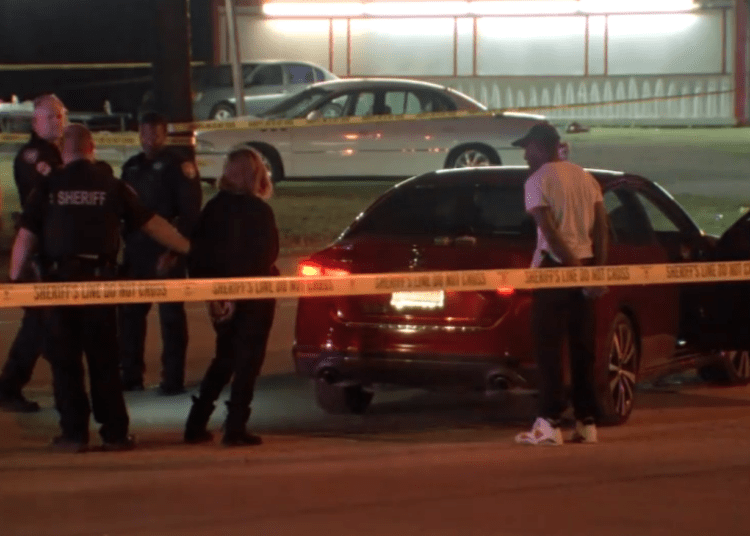 BAYTOWN, Texas — A gunman opened fire at a candlelight vigil in Baytown Sunday evening wounding at least 14 people and killing one, according to Harris County Sheriff Ed Gonzalez.

The drive-by shooting took place about 6:40 p.m. in the 1400 block of North Market Loop. Sgt. Greg Campbell said a mother was holding a vigil for her son, known as Lil’ Daddy, who was killed at his home a couple of weeks ago, ABC 13 Eyewitness News reported.

Gonzalez said there were about 50 people who were gathered in Baytown for the event. Three of those injured were flown to area hospitals and listed in critical condition, according to KHOU 11.

The victim who died was later identified by deputies as Disha Allen, ABC 13 reported.

“Right as they were releasing the balloons up into the air was when the vehicle came,” the sheriff said. “Almost at the exact time is when they opened fire into a crowd.”

Update to shooting on N. Market Loop: told the number of wounded individuals is now up to 14; 1 has been pronounced deceased, 3 being taken by Lifeflight in critical condition, and the remaining ones are said to have non/fatal injuries. #HouNews https://t.co/ZDlSL7fGQu

Just beyond the crowd of mourners was a bounce house filled with children when a hail of bullets came flying into the crowd. Among the injured were a pastor and his wife who were attending the vigil, Fox reported.

Authorities are investigating if the shooting was gang-related. According to KHOU, there was a disturbance at one of the hospitals where victims were undergoing treatment.

“People were screaming and running to their cars,” one witness told local reporters.

A suspect description has not been provided, but investigators said they believe the shots came from a small dark-colored sedan.

One person was seen being led away in handcuffs during a report by ABC 13. It was unclear what the arrest was for, but it appeared to be incidental to the shooting.

Later in the evening deputies were investigating a vehicle that was found set ablaze two miles from the crime scene, according to ABC 13.

They added the vehicle matches the description of the one used in the drive-by shooting.