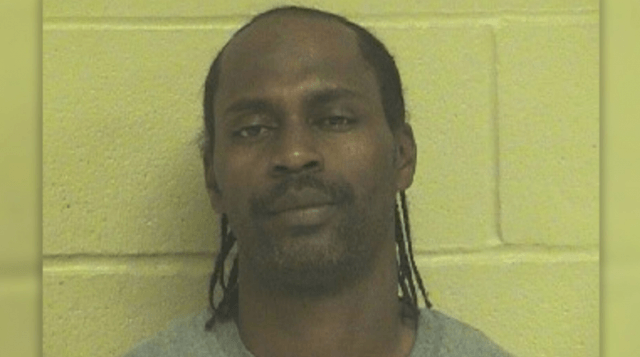 Gregory Newson has been taken into custody Tuesday following the fatal shooting of a Panola County deputy. (Shreveport Police Department)

The incident involving the Panola County deputy, who has not yet been publicly identified, occurred around 2 a.m. outside of Carthage, according to Panola County Sheriff Kevin Lake.

In a press release, Lake said the deputy pulled over an SUV “when the driver suddenly exited the vehicle and fired a weapon at the deputy.”

The deputy returned fire and the suspect fled the scene.

“Area residents, who had heard the gunshots, found the injured deputy and called for help,” Lake added. “The deputy was transported to an area hospital where he later succumbed to his injuries.”

The suspect, identified by police as Gregory Newson of Shreveport, La., was captured in his hometown around 3 a.m. Police say he will be extradited back to Texas.

“We truly appreciate the assistance of the citizens who came to help the deputy and those who called in valuable information and helped authorities track down this suspect,” Lake said. “Our hearts are hurting, and we ask the community to keep all of our deputies and the family of our fallen officer in your thoughts and prayers.”

Panola County Chief Deputy John Depresca told KLSA that the fallen officer – an eight-year veteran of the department – was shot with a semi-automatic rifle. The station reports that he was hit six times.

Shreveport Police spokeswoman Christina Curtis told KSLA that Newson was spotted traveling in another vehicle before crashing and rolling it. He reportedly was taken into custody after a foot chase and being apprehended by a K9.

As of midday Tuesday, Newson was in the Shreveport County Jail. His bond has not yet been set.