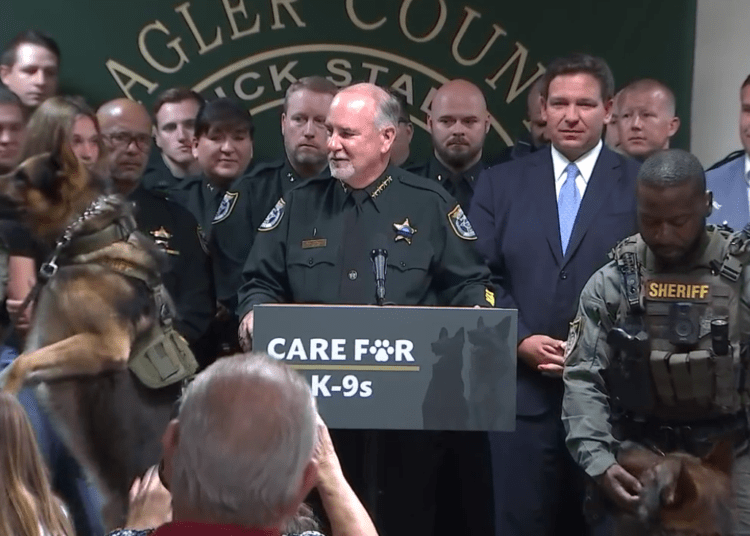 The Care for Retired Dogs program — Senate Bill 226 — allows caregivers for retired K9s to be reimbursed up to $1,500 dollars per year for the retired PSDs veterinary expenses, News4Jax reported.

“We recognize that our law enforcement community must include recognition for our four-legged friends, and we’re doing that here today,” Gov. DeSantis said. “A lot of times only the handler will be able to adopt whenever [a K9] retires because they don’t want to go anywhere else. They want to be around that handler. So now, what we’re saying in Florida is we’re going to step up. We’re going to provide support for these K9s.”

“They’re put in very difficult situations,” DeSantis said of the dogs during a bill-signing event at the Kim C. Hammond Justice Center in Bunnell. “And they’re not only protecting the officers, but they’re protecting the public as a whole.”

The measure covers PSDs that served at least five years with a law enforcement or correctional agency or one that had to retire after three years due to injuries sustained in the line of duty.

The sheriffs recognized at the event thanked the governor for signing a bill that supports law enforcement and their extended family members.