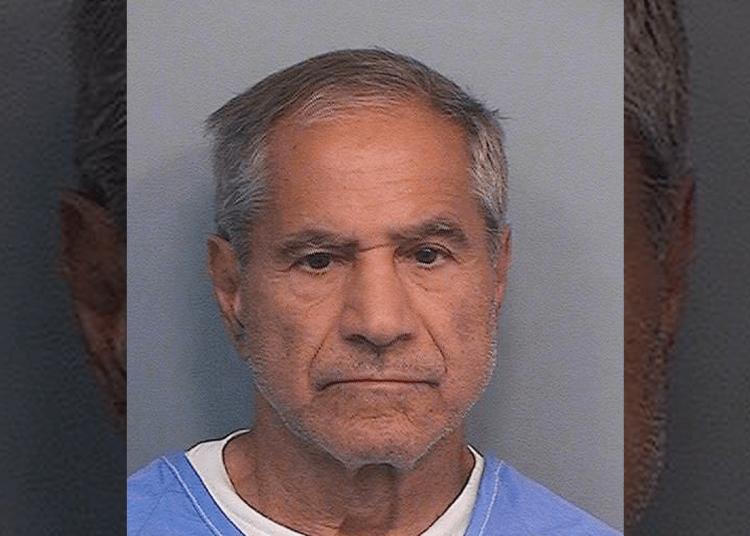 Sirhan Sirhan was granted parole Friday after the late Sen. Robert F. Kennedy’s surviving offspring were split on his release.

Six of Kennedy’s nine surviving children said they were shocked by the vote and urged Gov. Gavin Newsom to reverse the parole board’s decision and keep Sirhan behind bars, KTLA reported.

“He took our father from our family and he took him from America,” the six siblings wrote in a statement late Friday. “We are in disbelief that this man would be recommended for release.

However, two sons supported his release.

Douglas Kennedy, who was a toddler when his father was gunned down in 1968, said he was moved to tears by Sirhan’s remorse during a parole hearing, New York Post reported.

“I’m overwhelmed just by being able to view Mr. Sirhan face to face,” he said.

“I think I’ve lived my life both in fear of him and his name in one way or another. And I am grateful today to see him as a human being worthy of compassion and love.”

Robert F. Kennedy Jr., who has spoken in favor of Sirhan’s release in the past, also wrote in favor of paroling Sirhan.

“While nobody can speak definitively on behalf of my father, I firmly believe that based on his own consuming commitment to fairness and justice, that he would strongly encourage this board to release Mr. Sirhan because of Sirhan’s impressive record of rehabilitation,” he said in a letter submitted during the hearing to the board.

Sirhan told members of the California Parole Board that he’d learned to control his anger.

Sirhan, whose hair is now white, smiled, thanked the board and gave a thumbs-up after the decision to grant parole was announced. It was his 16th attempt at parole after he’s served 53 years. However, it does not guarantee his release, according to KTLA.

The ruling will be reviewed over the next 120 days by the board’s staff. Then it will be sent to the governor, who will have 30 days to decide whether to grant it, reverse it or modify it. If Sirhan is freed, he must live in a transitional home for six months, enroll in an alcohol abuse program and get therapy.

LOS ANGELES — Sirhan Sirhan, 77, was convicted of assassinating Sen. Robert F. Kennedy (D-N.Y.) in 1968. For the first time the Los Angeles County District Attorney’s Office, led by radical-leftist George Gascon, will not oppose parole for the notorious killer after having stood firm against his release in 15 previous parole hearings, Daily Wire reported.

Alex Bastian, the special adviser to Gascon, told The Washington Post, “The role of a prosecutor and their access to information ends at sentencing. The parole board’s sole purpose is to objectively determine whether someone is suitable for release. If someone is the same person that committed an atrocious crime, that person will correctly not be found suitable for release.”

“However, if someone is no longer a threat to public safety after having served more than 50 years in prison, then the parole board may recommend release based on an objective determination,” he continued. “Our office policies take these principles into account and as such, our prosecutors stay out of the parole board hearing process.”

“When California abolished the death penalty, Sirhan’s sentence was reduced to life with the possibility of parole. And now Sirhan, who has been incarcerated for 53 years, may benefit from a new push among progressive prosecutors to seek the release, or not oppose the release, of convicts who have served decades behind bars, no longer pose a threat to society and will be costly to treat medically in their later years.” the Post noted.

The infamous assassin has been incarcerated in several California prisons, from San Quentin to Soledad to Corcoran. He is currently confined at the Richard J. Donovan Correctional Facility in San Diego County.

Sirhan was an immigrant with his family from Jordan in the 1950s.

“Immediately after his arrest, following the shooting, Sirhan told his captors that he had made the decision to kill Kennedy only three weeks earlier. On the radio, he had heard a speech delivered by the candidate during a visit to a synagogue, in which Kennedy promised to arm Israel with dozens of warplanes, calling it the lesson he’d learned from the Six-Day War a year earlier. … Sirhan explained that the date of the assassination was not accidental, that he had chosen it because it was the first anniversary of the start of the Six-Day War,” Haaretz reported.

Gascon has engaged in fueled opposition with communities calling for law and order. In May, 15 cities in Los Angeles County voted “no-confidence” in the prosecutor, Law Officer reported. Furthermore, ADAs in his own office filed a lawsuit against him due to his lenient position on violent crime.

Failing to oppose parole for Sirhan will simply add to the mounting grievances against the contentious prosecutor.