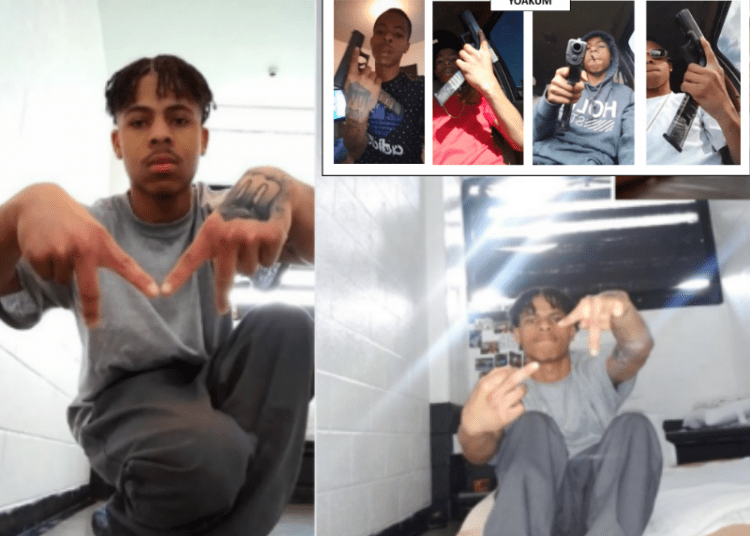 Los Angeles, CA –  Los Angeles County District Attorney George Gascon has reportedly halted efforts to prosecute a gang member accused of murder as an adult despite the viciousness of the crime and the suspect claiming allegiance to the gang while in juvenile detention according to Fox News. The latest decision by Gascon is one of a number of new reforms that have won favor with criminal justice advocates while angering law enforcement and victims’ rights advocates.

Jalen Yoakum was 17-years-old when he allegedly gunned down Ontario Courtney, 40, when Courtney’s car broke down in South Los Angeles in 2017. While waiting for assistance, members of a local street gang shot Courtney multiple times according to prosecutors.

Yoakum was one of the alleged shooters, authorities said. He was initially set to be prosecuted as an adult under former District Attorney Jackie Lacey. Upon taking office last year, Gascon unveiled a series of reforms that included ending the charging of juvenile suspects as adults.

Yoakum is set to be released from prison in five years under Gascon’s decision.

Gascon withdrew a motion filed by his predecessor’s office to prosecute Yoakum as an adult and withdrew gang and gun enhancements against him. 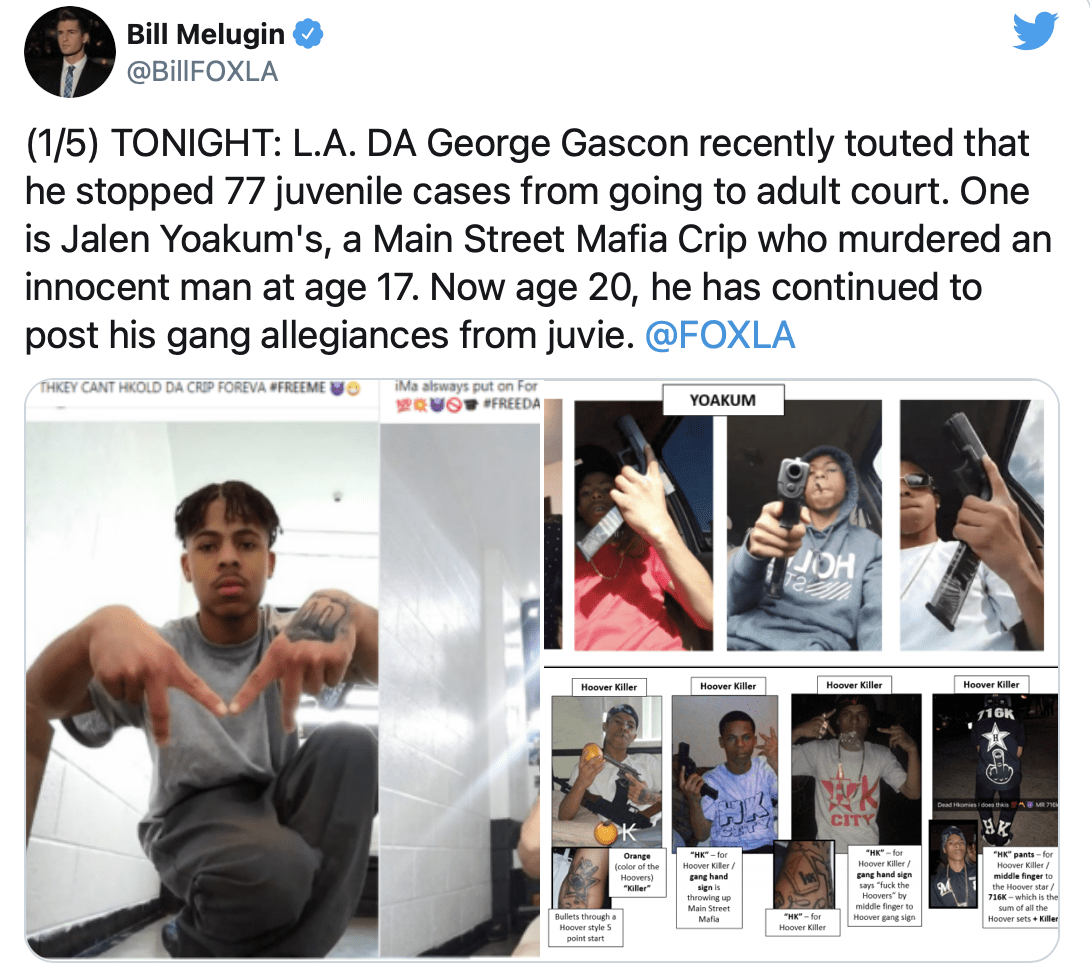 In his first 100 days, Gascon’s office has withdrawn 77 motions to transfer minors to adult court.

“I have instituted a series of reforms based on data and science that will enhance safety while reducing racial disparities and the misuse of incarceration,” he said last week. “Our efforts to transform a dated approach that creates more crime, victims and inequities are just beginning.”

Prosecutors said Yoakum has continued to claim his allegiance to the gang on social media while in Juvenile detention. Several photos posted by the news station appear to show Yoakum flashing gang signs and holding guns. One was captioned: “They can’t hold da crip forever,” referring to his gang affiliation.

Yoakum pleaded guilty to the murder charge earlier this month and is expected to be released from prison by age 25 because he is being charged as a minor.