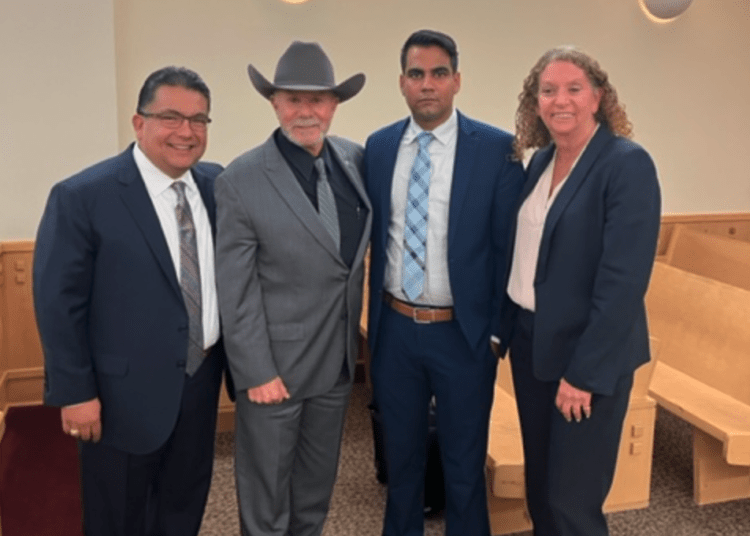 Singh was indicted in September 2020 for criminally negligent homicide, which carries a punishment range of 180 days to two years in prison, CBS News reported.

The young officer was just a month on the job in 2019 when he responded to a call to check on a woman sleeping behind a shopping center. Upon arrival, he found the woman but her dog charged at him, causing him to discharge his duty weapon in self-defense. The round ricocheted twice and fatally struck Brooks in the chest.

The lead forensic investigator, police practices, and use of force expert testifying on behalf of Singh was Dr. Ron Martinelli. He contributes to many law enforcement publications, with Law Officer among them.

Officer Ravi Singh, Arlington, TX PD is found NOT Guilty by a jury in Tarrant County, TX this afternoon.

I was honored this past week to have been the lead forensic investigator, police practices, and use of force expert in the criminal negligent homicide trial of former Arlington, TX PD Officer Ravinder “Ravi” Singh. After a one week trial and over 11 hours of forensic testimony over two days, a jury managed to see through the smoke and mirrors of the DA’s “science doesn’t matter,” “garbage in, garbage out” and “Just go with your emotions on this” ridiculous argument. They jury DID pay attention to the science, saw the insides of the absolutely horrible “throw the officer under the bus” political prosecution. Ravi was then a 22 year old officer only one month out of the FTO program who was forced to shoot an aggressive pitbull dog who was attacking him and potentially the female paramedic immediately behind him.

By incredible coincidence, the officer managed to accurately shoot the 50 lbs dog who was charging at him at 18 mph or 26.5 feet/second. Unfortunately, the bullets struck the dog, ricocheted off the dog, and then struck and ricocheted off a cement sidewalk, then veered off and struck it’s homeless, under the influence of Fentanyl female owner and mortally wounded her. The odds of this happening with a double-ricochet round are so slim that you can not even scientifically calculate them. Officer Singh’s muzzle was never pointed at the woman and his backdrop was clear of people.

I was absolutely blessed to have been working with our phenomenal Forensic Death Investigation Team members Angelos Leiloglou (bodycam analysis, 3D photogrammetry), former CSI Supervisor Dennis Dolezal and Lance Martini (ballistic scientist), as well as our CLEAT LDF criminal defense legal team of Kathy Lowthorp and Rafael Sierra. This was truly a team effort. M&A is now batting 5-0 officers saved in criminal homicide prosecutions. Officers like Ravi Singh who now have their lives returned to them, innocent and vindicated. Years of nightmares over. Thanks to all for your prayers. All Glory to God!

Kathy Lowthorp was also quoted for the CBS story.

“I think publicity puts a slant on the perspective,” said Lowthorp. “Until you look at everything and look at it from all angles, forensically, videos, testimony, witnesses, you can’t come to that decision.”

“It was made prematurely on this case, back a few years ago when it happened,” she continued. “And the videos were played over and over and over. But until you understood the facts and realized this was a richochet—that didn’t come out until right before indictment. So a lot of decisions were made without knowing that this was strictly a double ricochet.”

The Tarrant County District Attorney released the following statement once the jury reached its verdict:

A Tarrant County jury on Monday found former Arlington Police Officer Ravinder “Ravi” Singh not guilty of criminally negligent homicide in the death of Margarita “Maggie” Victoria Brooks in 2019. Any time an officer is involved in the use of force that results in the death of a civilian, our office takes that investigation to a Grand Jury. If the Grand Jury returns an indictment on the officer, we prosecute the case. A jury heard the facts related to the death of Ms. Brooks in 2019. They evaluated the testimony and evidence and determined that Ravinder Singh was not guilty. By doing so, the jury fulfilled their duty in the criminal justice system, as did we.

Singh looks to the future, although his dreams of public service have been derailed.

“I just want to get this all behind me,” he said. “It was always my dream to serve this country, and serve my citizens of Arlington. And this was never my intention of what happened to Maggie. I was there to help her, and this was a completely tragic accident.”