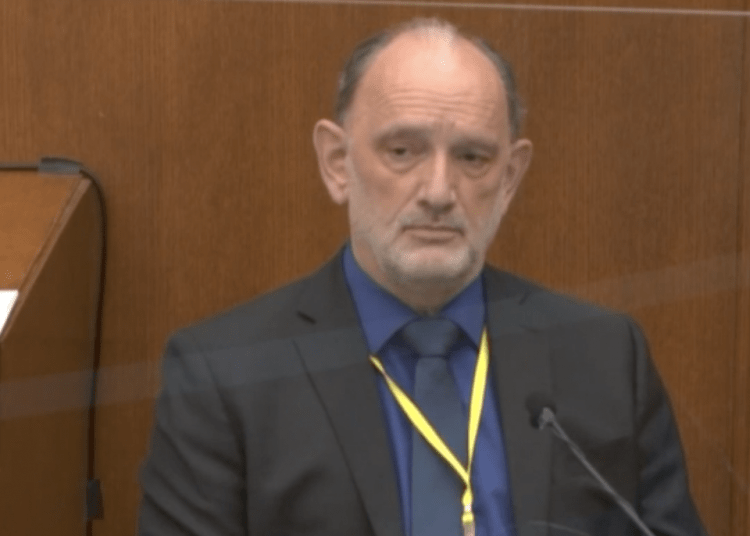 MINNEAPOLIS — The defense presented medical expert testimony Wednesday in the trial of Derek Chauvin, the fired Minneapolis police officer charged in George Floyd’s death. Dr. David Fowler, a forensic pathologist and former Maryland chief medical examiner who reviewed Floyd’s case for the defense, testified that it’s an “undetermined” manner of death due to many contributing factors.

Dr. Fowler believes Floyd died of a sudden cardiac arrhythmia due to his underlying heart disease while being restrained by police. However, he said contributing significant factors included Floyd’s ingestion of fentanyl and methamphetamine, exposure to vehicle exhaust and possible carbon monoxide poisoning, and Floyd’s paraganglioma, a tumor in his pelvis which in some cases secretes adrenaline, CBS News reported.

“All of those combined to cause Mr. Floyd’s death,” Fowler said.

Fowler testified that Floyd had “so many conflicting potential mechanisms of death” that he considers the manner of death to be “undetermined.” Floyd’s death was previously ruled a homicide by the Hennepin County Medical Examiner, who stood by the classification during his testimony.

Medical examiners in determining manner of death can choose one of five classifications — homicide, natural, accidental, undetermined or suicide.

The defense launched its case on Tuesday. Testimony focused on Floyd’s drug use, and a defense use-of-force expert said Chauvin was justified in restraining Floyd, Law Officer reported.

The defense case centers around how Floyd died, which has been a key point of dispute at trial. A string of medical experts have testified for the prosecution, saying the police restraint restricted oxygen to Floyd’s body and caused his heart to stop. But defense attorney Eric Nelson has argued a combination of Floyd’s underlying heart disease, adrenaline and the fentanyl and methamphetamine he had ingested prior to the arrest amounted to a fatal combination.