Alexander King had 22 prior encounters with law enforcement 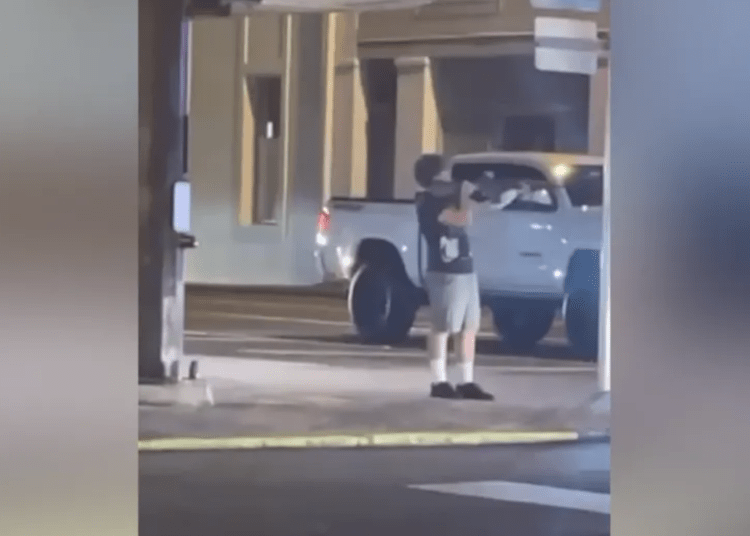 The suspect was identified Monday as Alexander King, 17, an 11th-grader at Tarpon Springs High School, according to reports.

Responding officers were on scene about 9:30 p.m. When they confronted King, he raised the weapon and pointed it at them, according to Chief Jeff Young of the Tarpon Springs Police Department.

Officers sought cover behind a nearby vehicle and discharged their weapons at the threat. The suspect was hit multiple times. He was transported to a local hospital but did not survive.

One motorist reported hearing King say, “shoot me” as he aimed the rifle at passing vehicles.

Back in March, King posted four photos and a video with the caption: “New Airsoft Vietnam era M14. I absolutely love it.”

King had a felony arrest for battery on a school board employee in 2017 and aggravated battery with a deadly weapon in 2018, among 22 prior interactions with police, according to FOX 13.

The Florida Department of Law Enforcement is handling the investigation, while TSPD conducts an internal inquiry, Young said. The officers involved in the encounter are on administrative leave per normal protocol.