The murder is being probed by the FBI 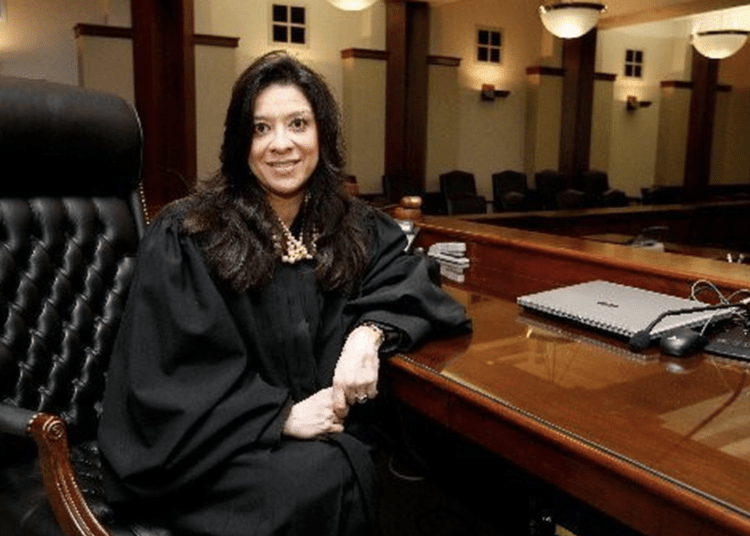 NORTH BRUNSWICK, N.J. — A gunman wearing a FedEx uniform on Sunday killed the son and wounded the husband of a federal judge linked to high-profile cases involving Jeffrey Epstein, a “Real Housewives of New Jersey” couple and gangs, in a shocking murder now being probed by the FBI.

Salas’ husband, defense attorney Mark Anderl, 63, was injured, the AP reported. Salas was in the basement at the time and wasn’t injured, the report said.

The gunman posed as a delivery driver for FedEx, two sources told NJ.com. The report said that Salas, 51, was the first Hispanic female appointed to the U.S. District Court in New Jersey.

Daniel Anderl, a college student, was the judge’s only child, Daily Mail reported.

A FedEx spokesperson said the company is “fully cooperating” with the investigation.

Salas’ highest-profile case in recent years was the financial fraud case involving “Real Housewives of New Jersey” reality TV stars Teresa and Joe Giudice, whom Salas sentenced to prison for crimes including bankruptcy fraud and tax evasion. Salas staggered their sentences so that one of them could be available to take care of their four children.

“The FBI is investigating a shooting at the home of Judge Salas. We are working with our local and state partners,” Doreen Holder, the public information officer for the bureau’s Newark office, told Fox News.

U.S. Marshals and state and local authorities are also investigating.

“Teresa was very shaken by the news and was very emotional when she heard about it,” Leonard wrote. “She told me that would be praying very heavily for Judge Salas and her family.”

In 2016, Salas sentenced a Crips gang member to 15 years in prison after he pleaded guilty to conspiracy to distribute heroin, according to the DEA.

In 2017, she barred federal prosecutors from seeking the death penalty against an alleged gang leader charged in several Newark slayings, ruling the man’s intellectual disability made him ineligible for capital punishment. Salas later sentenced the man to 45 years in prison, the AP reported.

Salas has presided over an ongoing lawsuit brought by Deutsche Bank investors who claim the company made false and misleading statements about its anti-money laundering policies and failed to monitor “high-risk” customers including convicted sex offender Jeffrey Epstein.