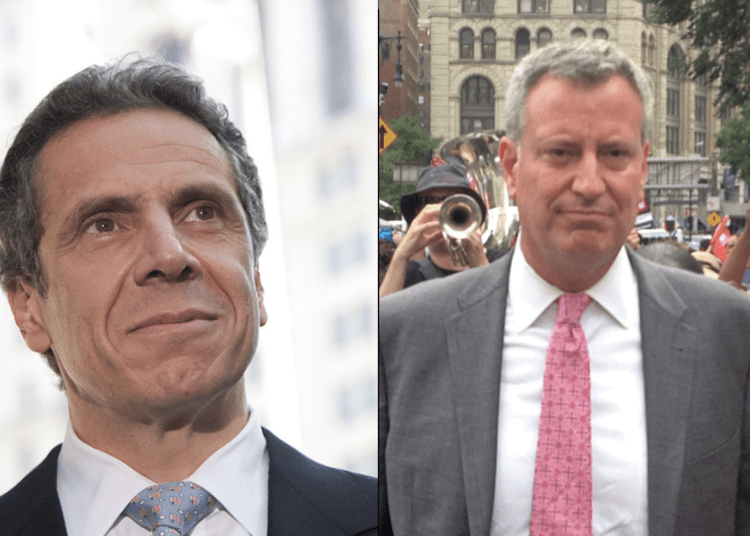 They filed a lawsuit in the Northern District of New York after mass protests and looting occurred in New York City following George Floyd’s custodial death in Minneapolis.

“Governor Cuomo and Mayor de Blasio could have just as easily discouraged protests, short of condemning their message, in the name of public health and exercised discretion to suspend enforcement for public safety reasons instead of encouraging what they knew was a flagrant disregard of the outdoor limits and social distancing rules,” the judge added. “They could have also been silent. But by acting as they did, Governor Cuomo and Mayor de Blasio sent a clear message that mass protests are deserving of preferential treatment.”

Thomas More Society Special Counsel Christopher Ferrara celebrated the decision and called Cuomo’s executive orders a “sham” that “went right out the window as soon as he and Mayor de Blasio saw a mass protest movement they favored taking to the streets by the thousands.”

“Suddenly, the limit on ‘mass gatherings’ was no longer necessary to ‘save lives,’” Ferrara said in a statement to FOX News. “Yet they were continuing to ban high school graduations and other outdoor gatherings exceeding a mere 25 people.”

Moreover, he added, “This decision is an important step toward inhibiting the suddenly emerging trend of exercising absolute monarchy on [the] pretext of public health. What this kind of regime really meant in practice is freedom for me, but not for thee.”

As a result of the federal order, Cuomo, James, and de Blasio are “enjoined and restrained from enforcing any indoor gathering limitations” against the involved houses of worship “greater than imposed for Phase 2 industries,” provided that participants follow the prescribed social distancing, reported FOX.

Furthermore, they are also forbidden from “enforcing any limitation for outdoor gatherings provided that participants in such gatherings follow social distancing requirements as set forth in the applicable executive orders and guidance.”

Among many violations cited in the lawsuit, Thomas More points out de Blasio ignored social distancing and the 10-person limit when he didn’t wear a face mask on June 4 while attending and addressing a mass political gathering at New York City’s Cadman Plaza. Days later, in Williamsburg, Hasidic Jewish children were kicked out of a park by a police officer enforcing Cuomo and de Blasio’s 10-person limit on “non-essential gatherings.”

In April, de Blasio threatened the Jewish community — which had a string of attacks this past winter — with arrests and prosecutions for “illegal” mass religious gatherings after police in Williamsburg broke up the funeral of Rabbi Chaim Mertz.

“My message to the Jewish community, and all communities, is this simple: the time for warnings has passed,” de Blasio wrote in a tweet. “I have instructed the NYPD to proceed immediately to summons or even arrest those who gather in large groups. This is about stopping this disease and saving lives. Period.”

Although the mayor was forced to apologize for targeting the Jewish community as a whole but doubled down on his remarks, calling it “tough love.”

In the end, it looks like de Blasio (Cuomo and James) just received a little “tough love” in return.