Ethical Policing: Past and Present 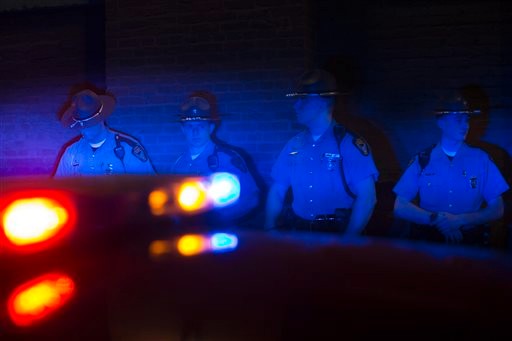 I recently attended an Ethics seminar at the Institute for Law Enforcement Administration in Plano, Texas. The seminar was focused on the current ethical climate in law enforcement and allowed various agencies to present programs they have implemented to combat unethical behaviors within their departments. While listening to the various ideas that were being presented, I realized that the ethical challenges that face Law Enforcement today are the same ones that were faced when organized police departments were a new idea to society.

One of the first rules governing police was presented in 1829 by Sir Robert Peel titled “9 Policing Principles”. These basic principles set the groundwork for how officers would treat the public and suspects they encountered. Today’s law enforcement agencies are still grappling with how modern-day officers interact with these groups. Sir Robert Peel realized that the police had to have the public’s respect and approval to perform their duties. Below are the nine principles and how they are still valid in today’s policing.

Peele first recognized that the public had chosen to be policed by its citizens rather than the military. Today’s police departments utilize equipment from the military due to budget restraints and changing the basic uniform from traditional long sleeve wool with a tie to a more militaristic look with external vests and semi-automatic weapons. Today’s police administrators must balance the needs of meeting the modern threats posed by better-armed criminals with the public’s perception that their police have become the military oppressors they fear. Peel recognized early that the public needed the police to prevent crime and realized there had to be a balance between protection and oppression.

Peel reminded the police that the public had to be willing to voluntarily observe the laws without force to be successful. When a large section of the population of a community begins to reject the laws, they will also begin to disrespect those who are attempting to enforce them. When Peel first introduced the theory of a structured police department, he felt the need to ensure that much of the community would obey the laws on their own, and only those who refused to police themselves would need the enforcement actions of the police. Last summer, this became evident in Seattle and Portland when members of the community set up “policy-free zones” and laws were not being observed within the boundaries of the zone. Police were shut out of the area and chaos ensued.

Peel addresses the importance of the police not to waver in its impartiality when enforcing the law. Peele recognized that those in power, whether through political or monetary had the opportunity to take advantage of the policing system for their advantage. In the early years of law enforcement in America, slave owners used local deputies to find runaway slaves under laws that were passed to benefit the landowners. Local sheriffs were appointed by those in local power and the law was ultimately controlled by those who appointed them. In today’s society, we are still influenced by those in political power when enforcing the laws. Due to constantly being recorded and social media’s presence, we must ensure that the laws are being enforced impartial and without influence by persons or groups who would benefit.

Peel encouraged the use physical force only when the exercise of persuasion, advice, and warning is found to be insufficient to obtain public cooperation to an extent necessary to secure observance of the law or to restore order, and to use only the minimum degree of physical force which is necessary on any occasion for achieving a police objective. Any use of force in today’s policing is under immense scrutiny. This includes all levels of force from deadly force down to a mere police presence. Any force that is perceived by the public that escalates a situation will be construed to be excessive. We must ensure that our policies are constantly updated to reflect the changing uses of force. These changes must be introduced into training to field supervisors and officers to ensure that the appropriate use of force is used, and an acceptable level as viewed by the public and the courts.

Peel reiterated that to always maintain a relationship with the public that gives reality to the historic tradition that the police are the public and that the public are the police, the police being only members of the public who are paid to give full-time attention to duties which are incumbent on every citizen in the interests of community welfare and existence. When the police become so estranged from the public that they begin to view officers as anything other than members of the public that are there to ensure their safety, then the culture of “us vs. them” begins. This culture can fester into a total lack of trust, lack of cooperation, and attacks on officers by those who begin to see officers as the enemy rather than a community partner to ensure public safety. Community engagement units have begun to be created across the nation to address this issue. Once the police can begin to show the public that they are also members of the community and are working toward the same goal of peace, then the relationships of trust can grow.

Peel recognized the need for strict adherence to police-executive functions, and to refrain from even seeming to usurp the powers of the judiciary of avenging individuals or the State, and of authoritatively judging guilt and punishing the guilty. The police are empowered to enforce the laws that are enacted by the legislative branch of government. The judicial branch is responsible for the determination of guilt and punishment. In today’s society where officers feel their hands are tied with court rulings, stricter policies, and a more lenient approach to bail and punishment, police departments must ensure that the officers do not feel compelled to take the law into their own hands, “dish out street justice” or go to the opposite extreme and just give up enforcement because they feel unappreciated. Law enforcement has always been a self-gratifying profession where the officer had to find their satisfaction in knowing they are doing the right thing, whether they are recognized externally or not.

Finally, Peel said that the test of police efficiency is the absence of crime and disorder and not the visible evidence of police action in dealing with them. Sir Robert Peele lived in a time period where crime statistics were not as readily accessible to both the public and department as they are today. Departments use statistics daily to gauge whether certain strategies are working in a certain area of their jurisdiction. The mere absence of crime is one factor to be considered, but also the level of enforcement and presence that is used to create the results must also be considered when judging the success.

We in law enforcement are bound by not only the laws and policies that are set forth by our agencies and governments, but also by the public perception of the way we carry out our duties. Sir Robert Peele recognized early on that the trust and respect that the public gives us is greatly needed for us to fulfill our duties as police officers. As we become more reliant on the newest technology in policing to do our jobs, we must not forget that the best weapon we have at our disposal is the cooperation and trust of the public. 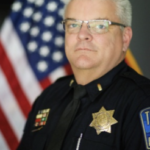 Lieutenant Darren Bristow is a 23 year veteran with the Tulsa Police Department for 23 years. He has a Master’s Degree including advanced certifications to instruct law enforcement in Oklahoma as well as ethics from the Institute for Law Enforcement Administration. He is a Field Training Officer for officers and supervisors and is the lead ethics instructor for the Tulsa Police Department. He is the recipient of the Purple Heart, Life Saving Award, Chief Award and Medal of Valor. In 2001, he was named the Parade Magazine / IACP “top ten officers of the year.”