Three of the firefighters are listed in critical condition 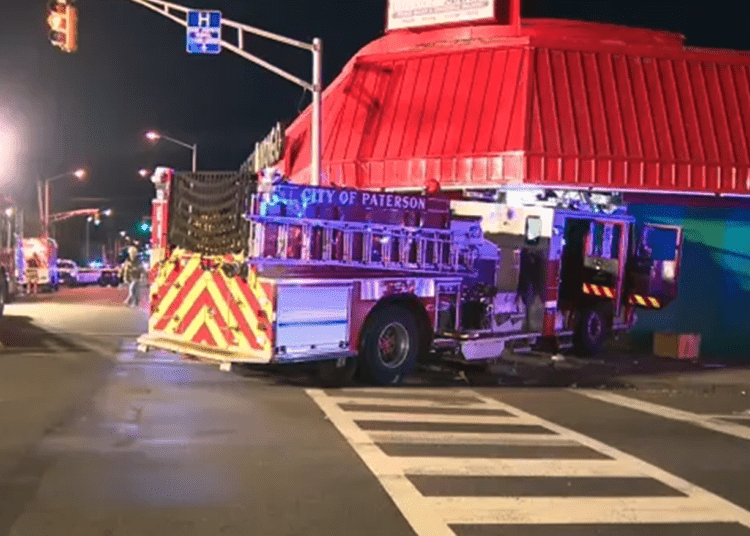 The fire rigs were responding about 5:30 p.m. to a two alarm fire on Main Street in Patterson when they crashed at Broadway and Straight Street, according to WNBC-TV.

One of the trucks then reportedly caromed into the Golden Mango Supermarket. The other truck came to rest against a tree.

Video taken inside the market showed the front of the apparatus had breached the front wall of the store. No customers or store personnel were injured.

Three of the firefighters are listed in critical condition. The other five were treated and released, WNBC-TV reported.

At Hospital with the Bishop, Chaplain-Monsgr, Union President, Fire Chief, Mayor and other Firefighter’s praying for 8 who were injured earlier in a serious accident responding to the fire. Paterson’s Bravest are amazing individuals. Praying for their speedy recovery. pic.twitter.com/35h0aouyYl

Other fire units were dispatched and extinguished the blaze at 141 Main Street, which was roughly a block from the scene of the collision, Fox reported.

There were no further details immediately released by the city and there was no response for comment.