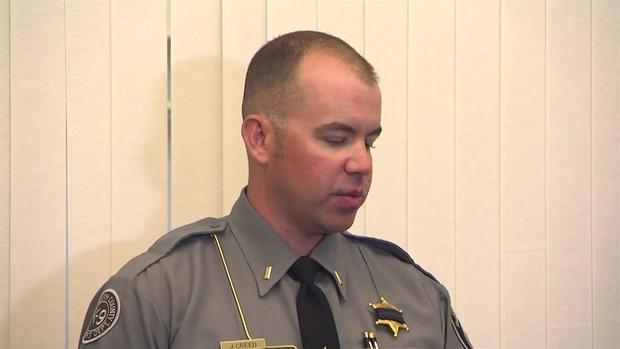 The off-duty sheriff’s deputy who fatally shot a man on a killing spree inside a Massachusetts home and mall five months ago is speaking out as officials release their final report on the deadly rampage.

Lt. Creed was off-duty as he was having dinner with his wife at the Bertucci’s inside the mall when he saw a commotion.

Lt. Creed said he quickly realized it was much more than that after DaRosa fatally stabbed Heath. He quickly grabbed his badge and withdrew his firearm and gave DaRosa commands to drop the knife and get on the ground.

That’s when he says DaRosa focused on him and started charging, saying, “We’re both going to die today.”