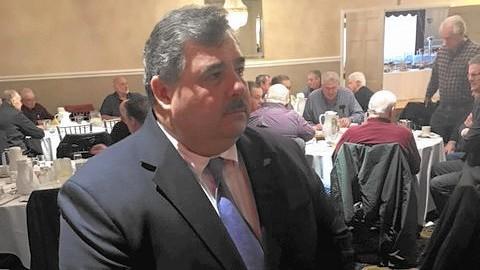 A challenger unseated the incumbent president of Chicago’s largest police union Wednesday, ushering in leadership that staunchly opposes federal oversight and stricter discipline for a police force plagued by allegations of misconduct and excessive force.

Kevin Graham beat Dean Angelo Sr. in a runoff election for a three-year term at the helm of the Chicago Fraternal Order of Police, according to results posted to the union’s website.

The FOP — which represents the wide majority of the department’s approximately 12,000 officers — is heading into a contract negotiation later this year.

Graham, a 21-year department veteran officer who ran on a slate of candidates for union posts called “The Blue Voice,” took about 56 percent to Angelo’s 44 percent.

In a written statement after his victory, Graham said, “The members of FOP, both retired and active, have spoken loud and clear. FOP members want a lodge that will fight for them.”