Why does the general public like the fire department better than the police department? The simple answer is this, the fire department is better at creating positive “wow” moments – saving lives, putting out fires, and of course getting kittens out of trees. Sure, as law enforcement we have our positive moments too, but we also have the disadvantage of having to hold people accountable for their unlawful actions by making traffic stops, writing tickets, placing people under arrest, and occasionally using force.

It would seem that law enforcement is stuck between the proverbial rock and a hard place. Therefore, it becomes imperative of law enforcement leaders to support, recognize, reward, and promote their officers when they have the opportunity to take initiative and create positive “wow” moments for those they serve.

I would like to share a story that occurred a couple of weeks ago which represents the concept of creating a “wow” moment in policing. Anyone who has ever worked overnights can sympathize with the call that comes out with only 30 minutes remaining in the shift. The call that you know is going to unexpectedly cause you to stay late.

This particular call happened to be a 90 year old male who was having difficulty breathing. The two assigned officers arrived at the nursing home to find the fire department doing their best to save the elderly gentleman’s life, but ultimately learned that this medical call had become a death investigation. As the primary officers, they both knew they were now going to be on this call for at least a couple of hours past their regular time off.

The officers began doing their due diligence with the investigation – speaking to the reporting party, taking notes, locating a doctor to sign the death certificate, and so on. After just over two hours, they had everything completed with the investigation and were ready to go home to get some much deserved sleep before coming back that evening to do it all again.

As the two officers were getting to the nursing home’s front doors, they heard one of the nurses mention that the deceased’s wife was on her way there. The nurse mentioned that the couple had been married for 67 years and she still lived on her own just down the road. The officers spoke briefly and then asked one of the nurses if they could go back up to the room before the wife got there.

The two officers returned to the room and carefully moved the elderly gentleman’s body up into his bed. They removed the LEDs, rebuttoned his shirt, took off the oxygen mask, pulled up the covers, and made him look as if he was comfortably sleeping. They passed by the wife without saying a word about what they had just done and for all she knew this was exactly how he had passed.

That is how you create a “wow” moment in policing. While the wife will probably never know what they did, every employee at the nursing home that saw the actions of those officers experienced a “wow” moment. Service to the community that goes above and beyond what you could ever ask for or expect; service that makes the average bystander step back and say, “wow.”

How many times do you think the nursing home employees shared that story? What do you think the positive trickle-down effect is from this one event? We’ll never be able to quantitatively measure it, but just knowing the power that negative police interactions can have gives you some idea. The key is that we, as law enforcement, need to continue getting better at creating these “wow” moments.

Continue saving the world one call at a time and as always, LEAD ON! 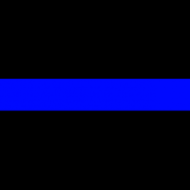