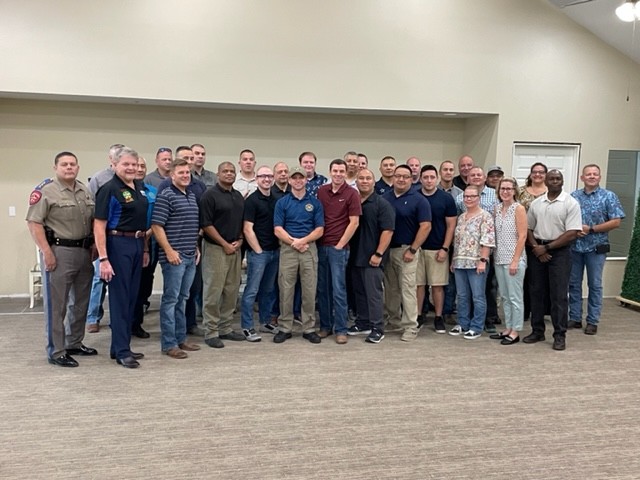 There is a reason why “Courageous Leadership” is a five star course. It’s because the content covered in class by Major Travis Yates is way beyond the nuts and bolts of supervising others, it covers the real-world problems of leading people through the quagmire and landmines that evolve when law enforcement officers face fierce opposition after performing their duties in a manner that collides with opposing internal and external forces.

After sitting through the class taught by Major Yates, it crystalized for me. Courageous leadership is far more than doing the right thing for the right reason at the right time. It’s doing all of that under enormous pressure from superiors and politicians who might demote or terminate you for acting with ethical integrity.

Sadly, we live and work in a culture that can lead to your demise for doing what is right, all because truth plays second fiddle to perceptions, and expertise gets trumped by politics.

Anyone who has had more than one cup of coffee in law enforcement knows there is no such thing as “routine.” It doesn’t matter how many times you’ve performed a task or made an arrest; it only takes one volatile person or strange sequence of events to suddenly change the course of your life.

As Yates emphasized, “Officers don’t pick their calls, they pick you.” Moreover, “It’s takes two to deescalate.” Consequently, things quickly turn violent when an offender chooses to challenge law enforcement authority. As a result, things get very messy, and that is where courageous leadership comes in.

What makes leadership all the more challenging is that nearly every “reform” forced on law enforcement over the past several years is the result of activists demands. Yates stressed this in the opening hour.

“Our profession has been reformed more in the last decade than any generation in our history, without one court decision,” he emphasized.

As a result, the duty of enforcing the law and keeping communities safe by identifying and arresting its’ criminals has become increasingly difficult. Throughout the day, Yates referred the class back to the mission of law enforcement, “crime reduction and safety for citizens,” while contrasting that mission with the current demands by those that don’t seem to care about violence in their community.

As law enforcement agencies throughout the nation try to gain trust from their communities, they are also facing a stark reality that Yates points out.

“There is a segment of society that is never going to trust you, and they are out to destroy you,” he says. So leading in this environment takes poise, strategic effort, and truth, despite your vocal opponents.

The concept of “community trust” has become the new buzz word to demand changes by law enforcement and Yates cautioned the audience to fall for this tactic at the peril of sound police practices. While media outlets and politicians demand trust from law enforcement organizations, Yates noted, that only about 20 percent of the public trusts them. Meanwhile about 79 percent of these same people trust police officers. So who should be demanding trust from whom?

“We will not be unscathed even when we do everything right,” Yates said. Thus, courageous leadership is all the more necessary to help navigate people through troubled waters.

Yates didn’t hold back when he spoke about the priority of leaders to train officers.

“Check the box training isn’t cutting it, and if leaders do not provide you training to ensure you go home each night to your family, it’s time for those leaders to go,” he expressed when sharing his motivation to train the profession.

A few themes that flowed during the training include:

Yates has been on the road teaching for close to twenty years, but it was only in the last several years that he incorporated the “Courageous Leadership” course to his arsenal. Oddly, it was in those classrooms across the country where he knew something had to change with leadership.

“After talking to thousands of officers, I finally had to admit that all the leadership training and resources in our profession just wasn’t working. We may have had the head knowledge but not practicing these core principles was destructive to so many behind the badge while doing undue harm in our communities,” he said.

While I attended Yates’ session in order to write this article, I was impressed with the quality of leaders and other instructors who expressed their desire to train a profession that is under assault.

During retired Trooper Parker’s sessions, he covered many topics related to leadership, communication, and identifying post-traumatic stress, personally and professionally.

Parker shared from the 21 irrefutable laws of leadership from the Maxwell leadership team and communication with a purpose.

Region 7 Security Manager, Vincent Gericitano, a retired New York City Police officer, offered insight to the carnage of September 11, 2001. The perspective of a police officer who was at ground zero was very enlightening to those of us who experienced the attack from the news media.

Special thanks is also extended to Major Chris Jones and Captain Tim Caradine for the support and hospitality offered to the instructors for the week. #lawenforcement #mentalhealth #leadership #communication #training

To Fear, Or Not To Fear