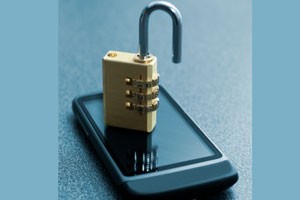 A photo of Boles’ bullet-riddled body lying in a pool of blood ended up circulating around St. Louis. A concerned St. Louis University student who received it reported it to the police department. It also made its way to other citizens who it upset; a TV news station, which refused to publish it but reported it may have circulated on Facebook; and to Boles’ family.

The St. Louis Police Department initiated an internal affairs investigation to determine who took the photo, and why and how it was leaked to citizens and the media. Both the department and U.S. Marshal’s Service issued statements that their policies clearly provide:

According to the department, the officers would not cooperate with determining who sent the photo out of the department and why. The department demanded a history of the picture messages from Manasco’s, Favazza’s, Schroeder’s and Burgdorf’s cell phones on threat of dismissal.

The officers sought an injunction against the department in federal court. They asserted the cell phones weren’t department issued. They were personal. One officer said the phone sought was his wife’s, another said his phone belonged to his mother.

Cops and prosecutors usually deal with the Fourth Amendment in terms of a defendant’s reasonable expectation of privacy in a criminal investigation conducted by the government. In Treasury Employees v. Von Raab, 489 U.S. 656, 665 (1989), the Supreme Court has held that the amendment also applies when the government acts in its capacity as an employer.

But in a case decided just last year, the Supreme Court analyzed Fourth Amendment privacy concerns and protections differently when the government is acting as an employer investigating employee misconduct than when it is acting as a law enforcer investigating criminal conduct. City of Ontario v. Quon, 130 U.S. 2619 (2010) sheds light on the St. Louis police litigation.

The facts are straightforward. Each member of the Ontario (Calif.) Police Department’s SWAT team, including Sergeant Jeff Quon, received alphanumeric pagers for use in their work. The city's contract with the service provider set a monthly character limit for each pager. Use beyond the limit would cost the city extra.

The city had previously provided a written policy to its employees, which Quon had signed, that emails sent through a city-owned system were not private. There was a dispute as to whether this policy also applied to the alphanumeric pagers because the SWAT team's lieutenant informed his officers that, rather than audit individual communications any time the maximum limit was breached by a user, he would forgo an audit if that officer agreed to simply pay for the cost of the overage.

Quon was one of the SWAT team who was required to compensate the city on multiple occasions. Because of his high usage charges, senior police staff audited his text messages. They wanted to see if they needed to increase the contract limit for work purposes, or if the pager was being misused. They found a large volume of personal e-mails, many sexually explicit, being exchanged while on duty. After Quon was disciplined he brought a lawsuit against the city claiming it had violated his Fourth Amendment right against unreasonable searches.

It was hoped the Supreme Court would address what reasonable expectation of privacy public employees had in the context of modern technology. Instead, the court said it did not have to decide that because even assuming Quon had a privacy expectation, the city’s search of the text messages was reasonable. [Click here for the reported story]

Let us assume, solely for purposes of applying the Quon rationale, that the St. Louis officers had a reasonable expectation of privacy in the cell phone records sought by the department. The questions then become, according to the court in Quon:

Quon citing O'Connor v. Ortega, 480 U. S. 709 (1987). The court noted that the scope need not be the least intrusive possible to be reasonable, rather it simply couldn’t be excessively conclusive.

Back in St. Louis
On March 31, U.S. District Court Judge Nanette Laughrey ruled that Manasco, Favazza, Burgdorf and Schroder must turn over only phone records related to text messages that contained photographs from March 8–18.

Her Honor concluded this limited search would be reasonable and that the officers should have known that their private phone information could be sought in an investigation of work-related misconduct. She compared it to a piece of vital evidence taken from a crime scene and hidden in an officer's personal car.

Judge Laughrey dismissed the Fourth Amendment privacy claims raised by the officers and their relatives, who either share or own the phones. The Police Officer Association said it would appeal. [Click here for the reported story]

I won’t bet on what an appeals court will do with Judge Laughrey’s ruling, but I think her holding regarding the officers’ privacy is supported by Quon. The internal affairs investigation is into work-related misconduct. It’s also been reasonably narrowed in scope to the relevant time frame and cell phones of the misconduct.

As for the owners of two of the cell phones—a wife and mother of the officers—Quon is less instructive.

Arguably, if you let others carry and use your cell phone you assume some risk for a breach in its privacy—by its misuse as in this case, by appropriate but non-private use, by its loss, etc.

What Next?
The court in Quon said it wasn’t comfortable issuing a test or guideline for deciding public employees’ privacy rights that would apply to technology in the future because technology was changing so fast it could change what privacy expectations might be reasonable.

Since the decision in Quon we’ve learned that Apple knows the GPS coordinates, date and time of photos we take with our IPhone and we don’t know with whom Apple might be sharing that information.

We know that the personal Facebook page of Mark Zuckerberger, founder of that ubiquitous social media site, can be hacked, despite all the company’s stated concerns about users’ privacy.

We know that deleted e-mail isn’t really gone. We read and hear expert opinions that a high school computer geek can penetrate many Internet security settings.

It may not be long before none of us have a reasonable expectation of privacy to our cell phone photos or other cell phone or Internet information.