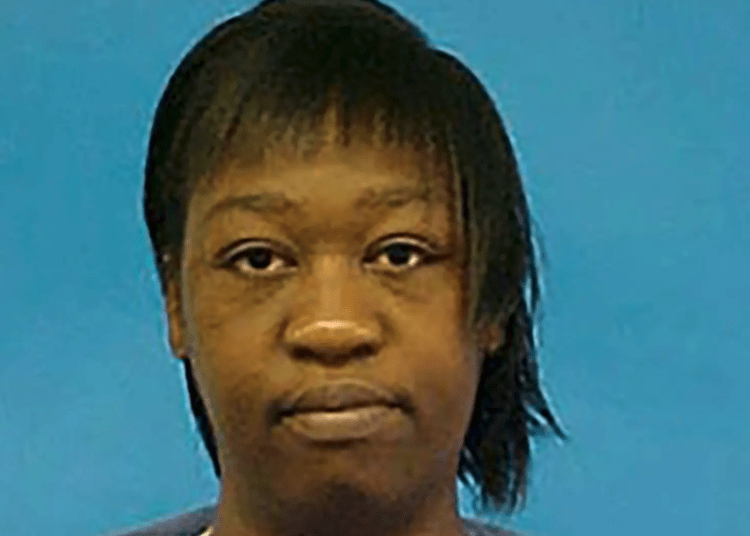 PINELLAS COUNTY, Fla. – There are cop-haters and then there are extraordinarily rabid cop-haters. Carla Jefferson is in the latter category and her bitter rage has landed her in legal trouble twice in the past few months after she reportedly called local police a staggering 11,000 times this year to blast and berate officers, according to reports.

Jefferson, 50, persistently dials the non-emergency lines of the St. Petersburg Police Department and the Pinellas County Sheriff’s Office and then “harasses, belittles, swears at, argues with” whoever answers to greet the relentless woman, according to a criminal complaint obtained by the Smoking Gun.

Many cities across the country have their own versions of Carla Jefferson, but 11,000 calls in less than a year demonstrates the vile contempt she apparently has for the law enforcement profession.

Although such statistics are not kept, Jefferson criminal behavior might be record setting. She reportedly placed 512 calls to the St. Petersburg Police Department over a single 24-hour period last month, according to the criminal complaint. 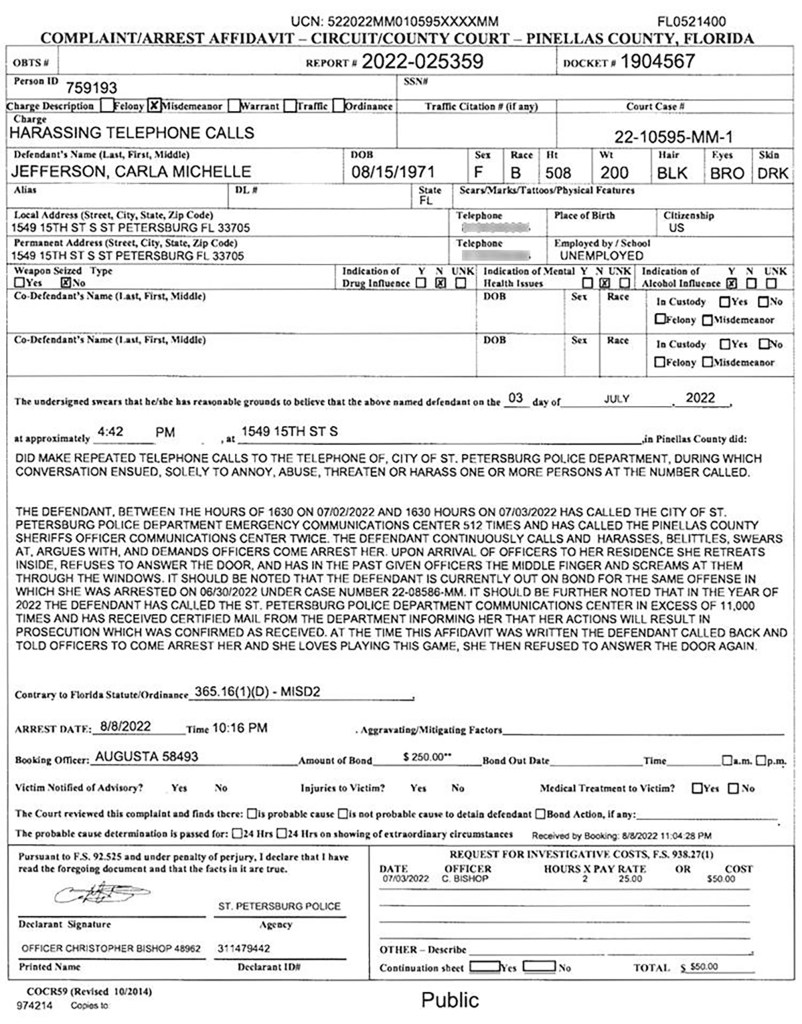 Carla Jefferson accounted for 10 percent of all phone traffic to the St. Petersburg department’s non-emergency line for the year. (Pinellas County Court)

Amazingly, her annual tally works out to about 30 calls to the departments each day, or 1.25 per hour. It makes you wonder when she does anything else.

Jefferson’s chronic annoying phone calls accounted for 10 percent of all phone traffic to the St. Petersburg department’s non-emergency line for the year, according to the agency.

The woman’s nasty calls typically devolve into the use of “extreme expletives” and “sexual innuendo,” the complaint notes, according to the New York Post.

Jefferson reportedly tells law enforcement call-takers that she’ll call back if they hang up. More often than not she follows through on that promise, police said.

Police sent Jefferson a warning letter in June that her actions could lead to an arrest. However, she ignored the admonition, which led to a misdemeanor charge, to which she posted $400 bail.

Nevertheless, she continued to be a telephonic nuisance this week and was re-arrested before being released on her own recognizance.

Some jurisdictions have obtained court orders against people like Jefferson in their cities and counties. It is unknown if law enforcement authorities in Florida plan this type of action.

According to the Smoking Gun, Jefferson has prior felony arrests and has spent several years in prison.