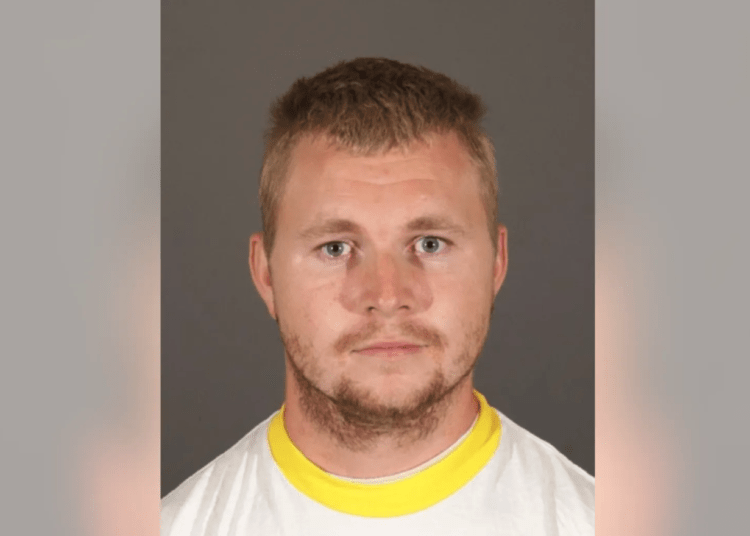 Hannah Tubbs began identifying as female after being arrested in connection with a 2014 child molestation case, according to prosecutors. (Los Angeles County)

LOS ANGELES – Hannah Tubbs is a 26-year-old biological male who now wants to identify as a female. He was recently convicted of sexually assaulting a child when he was 17, Law Officer reported last month.

Tubbs — formerly known as James Tubbs — was not tried or convicted during his juvenile years, but as an adult. Nevertheless, he’s been sentenced to serve two years in a juvenile detention facility.

Los Angeles County District Attorney George Gascon has been harshly criticized by rational thinking adults for his decisions that led to this fiasco.

It’s worth noting that Law Officer refers to Tubbs with male pronouns since he was born a male, committed this crime as a male offender, and his DNA says he’s male. However, Fox refers to Tubbs as a female since that is how he now identifies.

The following excerpt was reported by Fox News:

Explicit Los Angeles jailhouse recordings of Hannah Tubbs, the 26-year-old trans child molester who received a slap on the wrist last month after pleading guilty to molesting a 10-year-old in 2014, depict her admitting it was wrong to attack a little girl but gloating over the light punishment.

She boasted that nothing would happen to her after she pleaded guilty due to Democrat District Attorney George Gascon’s policies and laughed that she won’t have to go back to prison or register as a sex offender. She also made explicit remarks about the victim that are unfit to print.

“You won’t have to register?” her father asks on the other line later in the conversation.

“I won’t have to do none of that,” Tubbs replies.

“So what are they going to do to you then?”

“Nothing,” Tubbs answers, then laughs.

Tubbs pleaded guilty last month to the cold case attack, which took place in women’s restroom at a Denny’s restaurant, when the suspect was two weeks shy of 18 and identified as a male named James Tubbs. After being arrested roughly eight years after the crime, Tubbs began identifying as a woman, according to prosecutors.

She received a sentence of two years at a juvenile facility because Gascon’s office declined to transfer the case to adult court, adhering to one of the progressive prosecutor’s day-one directives barring “children” from being tried as adults. She could serve as little as six months and won’t have to register as a sex offender.

Tubbs’ victim, who was 10 at the time of the attack, told Fox News Digital that Gascon’s handling of the case has been “insulting” and “unfair” to her.

“The things he did to me and made me do that day was beyond horrible for a ten-year-old girl to have to go through,” she said. “I want him tried as an adult for the crimes he committed against me.”

She said the light sentence was offensive and hurtful and offered her “no true justice.”

“I’ve also heard that my attacker goes by she/them pronouns now,” she added. “I see it also unfair to try him as a woman as well, seeing how he clearly didn’t act like one on January 1st of 2014.”

In one of the calls, Tubbs asks the caller to start using female pronouns.

“So now they’re going to put me with other trannies that have seen their cases like mine or with one tranny like me that has a case like mine,” Tubbs says. “So when you come to court, make sure you address me as her.”

Then she says that if she goes to prison she’s getting a sex change surgery to go into the women’s facility, and the other person says, “There’s some b—es in there too.”

Gascon has been publicly shamed in the manner in which he’s forced his office to handle the case, … as well as others.

Now he said his office may need to make some “necessary adjustments,” as he conceded that his policies were too rigid “after listening to the community, victims and colleagues.”

“This is not an acknowledgment that we made a mistake in the Tubbs case…Tubbs still does not belong in adult court.”

“If we knew about her disregard for the harm she caused we would have handled this case differently.”

A miscarriage of justice 4 a child

He went on to essentially defend Tubbs’ criminal activity since the suspect “never received any services” while a criminal defendant in “other counties.”

“Ms. Tubbs had several charges in other counties after the juvenile offense but never received any services which both her past behavior and that subsequent to her arrest demonstrates she clearly needs,” Gascon said. “After her sentencing in our case, I became aware of extremely troubling statements she made about her case, the resolution of it and the young girl that she harmed.”

However, the recordings were made in November, and sources told Fox News that prosecutors were well aware of them.

LOS ANGELES – The case of Hannah Tubbs will surely leave any rational person scratching their head and asking, “How did we get here?”

Tubbs is a 26-year-old biological male who now wants to identify as a female. He was recently convicted of sexually assaulting a child when he was 17, the Post Millennial reported.

Tubbs was not tried or convicted during his juvenile years, but as an adult. Nevertheless, he’s been sentenced to serve two years in a juvenile detention facility.

Tubbs did not begin a gender transition from male to female until after being taken into custody on charges of child molestation, according the American Conservative.

In 2014, when Tubbs was still 17, and just prior to turning 18, he sexually assaulted a 10-year-old girl in the bathroom of a Denny’s restaurant in Palmdale California, ABC 7 reported.

A DNA match in 2019 linked Tubbs to the crime. He later confessed and was charged in 2021, seven years after the offense occurred.

However, in another era, this case would have been handled reasonably by a responsible district attorney. But that no longer exists in Los Angeles – as well as many other jurisdictions around the country – since District Attorney George Gascon is in charge.

Hence, prosecutors did not file to have Tubbs tried as an adult, even though it would seem plausible given the defendant’s current age in addition to his being so close to the age of majority when the crime was committed.

On Thursday, a deputy district attorney argued in court for the judge to transfer the 26-year-old to an adult jail, saying in his opinion, the law gives the judge that authority, ABC 7 reported.

“In crystal clear terminology provides this court with the authority to order a transfer of an individual to sheriff’s custody, or to a county jail facility, after that individual has turned 19 years of age,” said a prosecutor during court.

However, after hearing arguments, Superior Court Judge Mario Barrera lamented his options, saying under current legislation, a person who commits a crime as a juvenile and is jailed in a juvenile facility once they turn 19, the court has no authority to transfer that person to an adult facility.

“This court will not disregard what the legislature has put onto it as a limitation,” said the judge, emphasizing he was “extremely limited” due to the decision by Gascon not to try Tubbs as an adult.

“I want to be clear,” Barrera said during Thursday’s proceedings. “The filing of a transfer motion is entirely within the discretion of the district attorney.”

Gascon has previously “argued that the brains of juveniles aren’t fully developed and that the proper setting to rehabilitate people who commit crimes while underage is a juvenile treatment facility,” according to the Los Angeles Times.

Furthermore, since the case remained in juvenile court, Tubbs will not be required to register as a sex offender. Tubbs could have been sentenced to almost a decade in prison if he was tried and convicted as an adult.

“[She’s]every parent’s worst nightmare,” said L.A. County Deputy District Attorney Shea Sanna. “If your kid goes to the bathroom, then you shouldn’t have to worry about them being attacked.”

Even the Los Angeles County Probation Department sought to have Tubbs assigned to an adult facility, but to no avail, according to the Times.

Barrera ordered Tubbs to be housed in either the Barry J. Nidorf Juvenile Hall in Sylmar or the Dorothy Kirby Center in Commerce.

The deputy district attorney pointed out the idiotic nature of this case, saying, “You have a violent child sexual predator who’s been sentenced to two years in a juvenile facility.”

“As a prosecutor,” the ADA said, “I’m not here to protect child molesters.”

Tubbs has been arrested for other offenses over the years, including battery and drug possession. He’s also been convicted of assault with a deadly weapon in Kern County, which is in central California.