Kevin Johnson was convicted of murdering Sergeant William McEntee in 2005 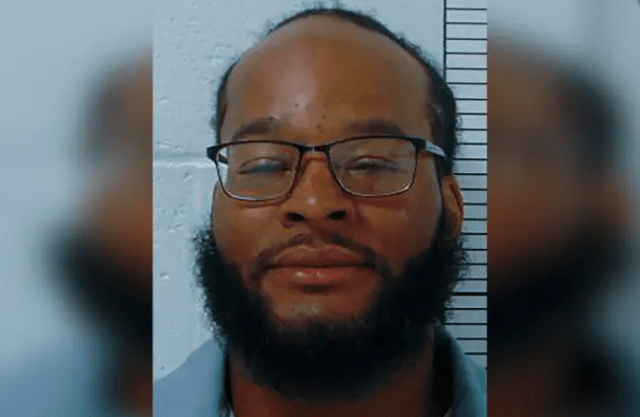 Johnson, 37, died by lethal injection of pentobarbital at the state prison in Bonne Terre for the 2005 murder of Sgt. William McEntee of the Kirkwood Police Department. The city of Kirkwood is a suburb of St. Louis. Johnson was 19-years-old when he committed the rage-filled homicide.

Sgt. McEntee was 43-years-old and a 20-year police veteran when he was ambushed and executed by Johnson.

The 2005 encounter began when McEntee was trying to serve an arrest warrant on Johnson. The warrant involved a probation violation after Johnson reportedly assaulted his girlfriend.

Johnson saw officers arrive and awoke his 12-year-old brother, Joseph “Bam Bam” Long, who ran to a house next door. Once there, the boy, who suffered from a congenital heart defect, collapsed and began having a seizure.

Johnson testified at trial that McEntee kept his mother from entering the house to aid his brother, who died a short time later at a hospital.

That same evening, McEntee returned to the neighborhood regarding a fireworks call. According to a court filing from the Missouri Attorney General’s Office, McEntee was in his car questioning three children when Johnson shot him through the open passenger-side window, striking the officer’s leg, head and torso. Johnson then got into the car and took McEntee’s weapon, according to KSDK.

Moreover, Johnson also struck a teenager who was in the car with McEntee, but the teen survived the shooting, the New York Post reported.

The court filing said Johnson walked down the street and told his mother that McEntee “let my brother die” and “needs to see what it feels like to die.” Despite his mother saying, “that’s not true,” that McEntee wasn’t responsible for Bam Bam’s death, Johnson returned to the officer’s car to finish what he started.

McEntee was gravely wounded, yet still alive after the first round of gunfire. He was on his knees near the car when Johnson fired, striking the sergeant in the back and in the head, essentially executing him.

McEntee was survived by his wife, daughter, two sons, mother, two sisters, and brother. In December 2006, Tesson Ferry Road-Highway 21 was renamed Sergeant William McEntee Memorial Highway, according to the Officer Down Memorial Page.

Attorneys representing Johnson over the years have filed several appeals asking the state to spare his life, including one filed just a week before his execution.

Johnson’s lawyers do not deny that he killed McEntee. Rather, they argued in an appeal to the Missouri Supreme Court that he was sentenced to death in part because he is black. However, in a 5-2 ruling late Monday, the state Supreme Court denied a stay of execution, KSDK reported.

The 37-year-old inmate did not make a final statement, yet privately conversed with his spiritual advisor, Rev. Darryl Gray, in the moments prior to his execution.

“Today, the state of Missouri carried out Kevin Johnson’s sentence as ordered by the Missouri Supreme Court. Mr. Johnson was convicted and sentenced to death for the 2005 murder of Sgt. Bill McEntee. Mr. Johnson’s claims were reviewed by state and federal courts, and no court reversed his conviction or sentence. We hope that this will bring some closure to Sgt. McEntee’s loved ones who continue to anguish without him.”

Johnson’s execution was Missouri’s second this year and the 17th nationally.