Community Policing: Is That Still A Thing? 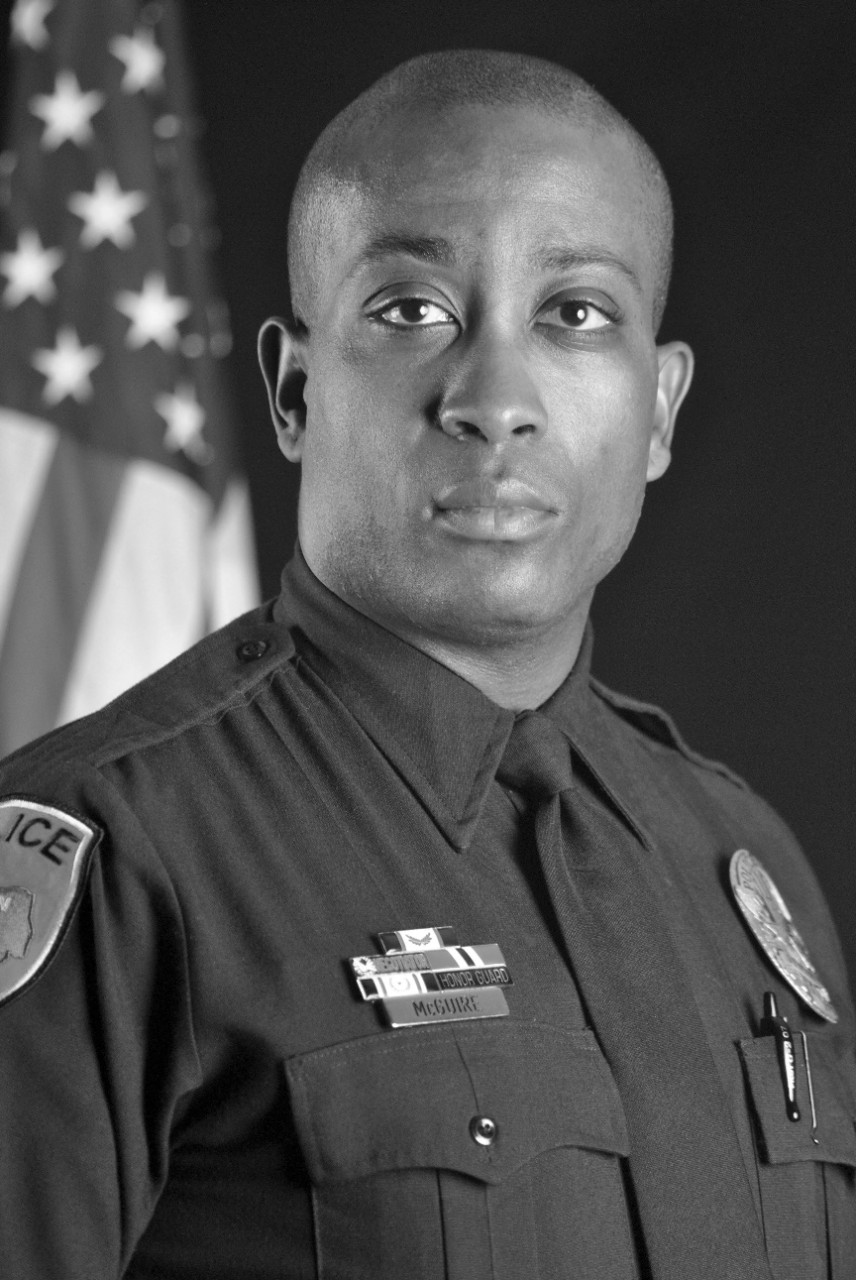 Anyone who’s attended any police academy ever knows that the history of modern law enforcement began in 1829 with the formation of the London Metropolitan Police District. It would also come as no surprise that the first Chief of the London Metro Police was Sir Robert Peel. Peel is credited with establishing regular patrol areas, which many of us now commonly refer to as “beats.” Before 1829, law enforcement only responded after a crime had been reported. Sir Peel placed his officers in specific geographic zones, holding them responsible for not only suppressing crime in their respective zones, but for preventing it when possible. Peel believed that if his “bobbies” were known to the public, citizens would be more inclined to come forward with information regarding criminal activity in the area. He also believed if officers became familiar with the citizens in their “beats” they’d be better able to recognize suspicious people and/or those who didn’t normally frequent the area.

Peel in Modern Day
Fast-forward to modern times and you’ll see the implementation of several programs that have a lot of the same goals. In January 2015, New York City Police Department Commissioner William Bratton announced his department would be re-deploying hundreds of officers previously working specialty assignments back to street (mostly foot) patrols. The move is an effort to engage local business owners as well as residents in ways they were previously unable to because beat officers are busy responding to emergency calls.

This is really nothing new for NYPD as they’ve had officers walking beats for years. The Chicago Police Department is another agency well-versed in neighborhood walking patrols. In 2013, CPD Superintendent Garry McCarthy had up to sixteen rookies fresh out of the academy and field training patrolling their respective beats on foot. McCarthy called it a “return to community policing.” Los Angeles Police Department routinely has rookies fresh out of training begin their patrol careers on foot, and the Tulsa (Okla.) Police Department launched a Downtown Impact Team that continues to coordinate with businesses, non-profits and faith based groups in an effort to fix issues for the long term.

Foot patrols are not the only way law enforcement agencies have tried to stay in touch with the communities. In 1987, the Seattle Police Department began the first police bicycle patrol unit which at the time consisted of just two officers. Initially its purpose was simply to serve as an easier way to maneuver through downtown when responding to calls. Today, hundreds of agencies nationwide (including my own) have bike-patrol units and bike-certified patrol officers, based on Seattle PD’s initial program.

Community Relations
Yet even with all of these programs intended to bring us closer to the citizens, we seem to be at more of an impasse these days than many of us can recall having been at any other point in our careers as it pertains to community relations. For the most part  (with the exception of a couple of the agencies previously mentioned) walking beats have been replaced almost completely with patrol cars screaming down the street, windows up, oblivious to anything other than that call we’re headed to.

Even some bicycle patrols have evolved from units designed to—among other things — make patrol officers more approachable to min-narcotic/surveillance units. Don’t get me wrong, those are both useful tools but we seem to be getting farther and farther away from the human element of patrol with every passing year. It’s frustrating to talk to citizens and have them tell you they “Never see the police in their neighborhood unless someone is being arrested.” I get it, call loads are heavier, manpower is down, and we all have a job to do. This job includes the not-so-popular enforcement side to include arrests and citations.

Increased Efforts
I can’t help but wonder how many of us follow up some of those enforcement actions with other kinds of contacts. Are we still checking in on those families we’ve come to know from being familiar with our beats? Are we making an effort to know something about the citizens in our areas of responsibility? I’m not just talking the arrest records and acquaintances of our habitual offenders. Better yet, how many of us know the history behind a lot of these respective areas, how they came to be or why a particular demographic calls it home?

These are questions I could ask most officers who’ve been out on their own for 2–3 years and they wouldn’t be able to answer. Why? Because young officers aren’t being taught community policing, why we’ve always done it, and why we must keep doing it, especially now.

I remember during my rookie year attending my first “National Night Out,” a community police awareness event that since 1984 has normally been held the first Tuesday of August. (Texas and Florida have the option to hold theirs the first Tuesday in October due to their high August temperatures.)  The purpose of the event is to increase awareness about police programs in the communities. In all honesty, they mostly turn into big potlucks. And that’s just fine. Normally these events happen in several neighborhoods throughout the city/county and officers get a chance to go from block to block, meeting citizens, learning names, hearing stories (maybe get a little information) and just getting acquainted with the folks who live in the areas we work.

Community Policing was not something I’d been taught very extensively in the police academy. We were taught the “necessities” of the job: Enforcement, law, vehicle operation, firearms, etc. I would submit to you that community policing is indeed a necessity of this job. Or at least it should be. How ironic that we teach officers how to control a situation with body posture and de-escalation tactics, but we aren’t teaching them to just talk, or better yet, listen to people. Those are things that come later in intermediate or advanced trainings. In my opinion that’s too late. First impressions go a long way, and these officers need to come out of training knowing how to engage the public in ways that don’t always end with an enforcement action.

This is the essence of community policing. And we only seem to pull out the “Friendly Officer (insert name here)” when it suits us. We are focusing heavily on the policing part, while simultaneously putting more and more distance between us and the communities we serve.

Time For Action
We assign Community Resource Officers, whose sole duty is to interact with their assigned areas of the community and serve as a liaison between the citizens and the police department. They are tasked with learning the issues of a particular area and forwarding that information to the patrol officers assigned to that beat, district, zone, etc. The issue that arises out of this particular system is that there is now a disconnect between the community and the officers who actually work the area because the officers don’t need to actually talk to the citizens in their beats because they rely (very heavily) on the community resource officers to do all the communicating. What officers need to understand is that they (in all actuality) are the community resource officers of their respective areas of responsibility. They are the resource their community needs.

We have to return to this particular thought process. I don’t think I even need to get into the current state of public opinion as it pertains to public safety following recent incidents in Florida, Missouri, South Carolina, Oklahoma, etc. The media has always been something outside our realm of immediate control for the most part; nothing new there. What I’m suggesting is that we concentrate on the things we can, in fact, control. Instead of trying to duke it out with the media on their own turf (print, social media, television), how about we get back to going that extra mile when it comes to working in our communities. Let’s get back to familiarizing ourselves with the citizens who live and work in our jurisdictions.

Slow those cruisers down, roll your windows down and acknowledge people. Better yet, get out of the car and shake a hand or two. Sounds like a lot of political grandstanding right? Here is how you can differentiate: When you do it, mean it. Remember why we do this job. I’d like to think that it’s ultimately because care about our communities and wish to keep them safe. Sheepdogs have a vested interest in the flocks they protect. It’s not just about the sense of duty. It also has a lot to do with the fact that minus the badge, gun and all the other toys, we are a lot like those we have sworn to protect. We have to return to that form of thinking. No doubt it takes a bit of a Type-A personality to be a police officer. Most Type-A’s may shudder at coming in second, even in name only. But with community policing, the community has to come first. Without the community there is no us.