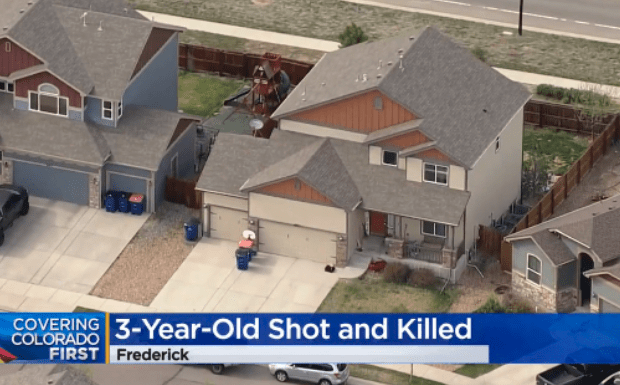 WELD COUNTY, Colo. – A Colorado deputy and his wife have been charged after their 3-year-old girl died of a fatal gunshot wound in the family home on Mother’s Day.

The Weld County District Attorney’s Office announced on Thursday morning that Sgt. Brett Eskam of the Adams County Sheriff’s Office, and wife Elaine Eskam, have been summoned to appear in court on July 18. The couple faces several misdemeanor charges for unlawful storage of a firearm, Law&Crime reported.

“The Frederick Police Department issued summons to both Elaine and Brett Eskam charging each with six counts of Unlawful Storage of a Firearm, which are class 2 misdemeanors,” the DA’s office announced.

Police received a 911 call regarding a shooting inside the Frederick, Colorado home on the morning of May 8, Mother’s Day. Avery Elaine Eskam, 3, was rushed to a nearby hospital where she was pronounced dead, CBS Denver reported.

Officials did not disclose where the firearm was located or how the unintentional shooting occurred.

Following the girl’s death, the Adams County Sheriff’s Office confirmed Avery was the daughter of one of their own, according to the Denver Channel.

“While Sergeant Eskam has been awarded multiple times during his 17 years of service with the Sheriff’s Office, he is a father and husband first, and the impact of this loss is immeasurable,” the statement said.