The accused killer was on supervised release for three open cases 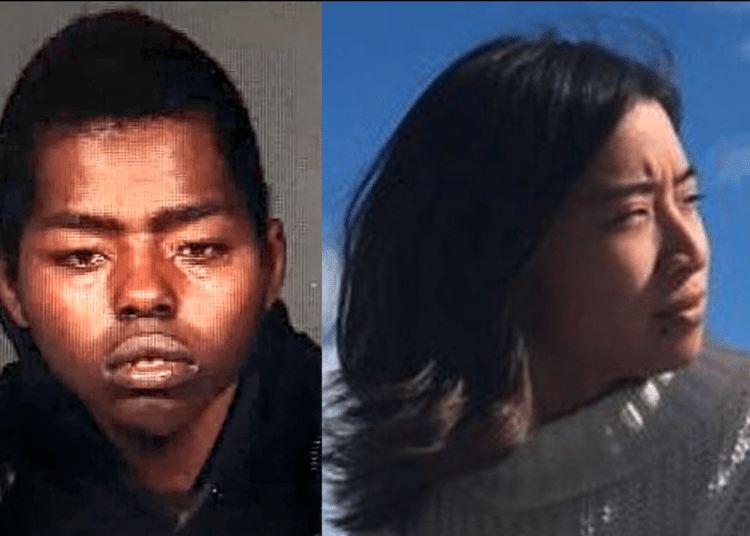 Nash, 25, was found by police under his Lee’s bed in the early morning hours Sunday and was taken into custody, officials said.

Lee, 35, returned to her apartment in Manhattan’s Chinatown around 4:20 a.m. on Sunday morning. Nash reportedly followed the woman and forced his way in when they arrived on the sixth floor, according to a criminal complaint.

“She opened the door, and he just slipped in right behind her. She never even knew he was there,” Brian Chin, Lee’s landlord, said on Monday while speaking to reporters outside the building, according to WNBC. “She walked up six flights of stairs and this man mercilessly stalked her.”

Christina Yuna Lee was a digital producer @splice. She was 35 y.o. Korean-American and a graduate of @RutgersU. She lived in a 6 story walk-up in Chinatown. On Sunday morning, a stranger followed her home and murdered her. May she find rest. May her family & friends find comfort. pic.twitter.com/DIPQiFB1nL

Neighbors summoned help from police after hearing a woman who was screaming.

An officer arrived around 4:25 a.m. and “heard the voice of a female calling for help from inside the apartment,” but couldn’t gain entry, according to the criminal complaint, Fox News reported.

While arguing the government’s case, Manhattan Assistant District Attorney Dafna Yoran said Nash attempted to deter police from entering Lee’s apartment by imitating a woman’s voice, according to the Post.

“We don’t need the police here – go away,” Nash told police, according to Yoran, as he barricaded himself inside the apartment for roughly an hour-and-a-half before NYPD’s Emergency Service Unit busted the door down.

Once a detective forced entry, they found Lee on the bathroom floor naked from the waist up and “covered with blood and with stab wounds to the front of the torso.”

The detective then found Nash hiding under the bed with a stab wound to his torso, police said.

Lee was pronounced dead about 15 minutes after police forced entry into the apartment, Fox reported.

Assamad Nash was taken into custody over the fatal stabbing of Christina Yuna Lee inside her sixth-floor walk-up Chinatown apartment on Manhattan’s Lower East Side. (Booking photo via Fox News)

Nash has an extensive record in New Jersey, according to the prosecutor. Moreover, the accused killer was on supervised release for three open cases, including one in which he is accused of punching a stranger on the subway, Yoran revealed Monday.