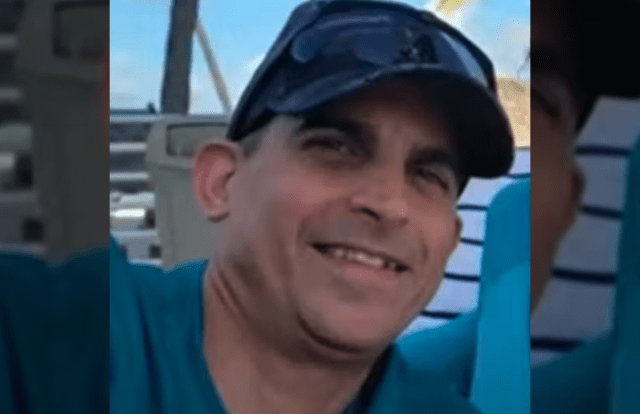 The fatally wounded officer was identified as Jorge Arias. The Officer Down Memorial Page posted the following details In Memoriam of the downed officer:

Officer Jorge Arias was inadvertently shot and killed while training at the Trail Glades Range at 17601 SW 8th Street just after 10 am.

Officer Arias was a United States Coast Guard Reserve veteran and served with the United States Department of Homeland Security – Customs and Border Protection – Office of Field Operations. He was a Firearms Training Instructor and was assigned to the Miami International Airport. He is survived by his wife and two children.

MIAMI-DADE COUNTY, Fla. – A firearms instructor with the U.S. Customs and Border Protection (CBP) who was conducting a training session was unintentionally shot and killed at a west Miami-Dade gun range Wednesday morning, officials confirmed.

The tragedy occurred just prior to 10:30 a.m. at the Trail Glades Range, a county-owned facility located near the intersection of Southwest Eighth Street and Krome Avenue, reported Local 10 News.

Sky 10, the news outlet’s helicopter, flew over the scene as the instructor was being loaded into an ambulance prior to getting airlifted to Jackson Memorial Hospital’s Ryder Trauma Center where he later died.

Dario Pederajo was at the range at the time of the fatal discharge. The firearms facility has a portion dedicated to law enforcement training as well as a civilian side. He said the shooting occurred in the part of the range used by law enforcement officers, Local 10 News reported.

Pederajo said he was shooting in another area of the facility when officers surrounded the range and directed everyone to put their weapons down.

“On the police range side it’s mainly Customs and Border (Protection), they come on Wednesday for practice,” Pederajo said. “Several police officers came running over to the civilian side of the range, where the main office is, and said someone had been shot, stop shooting.”

According to sources, the negligent discharged occurred during “building search training.” Two instructors were reportedly demonstrating a technique when one unintentionally shot the other in the chest, Local 10 reported.

The instructor’s name and other details have not yet been released pending notifications.

“All I can say at this time is great officer, great family, and it’s a tragic loss,” one official from the CBP said.

The Miami-Dade Police Department is the lead agency on the investigation.