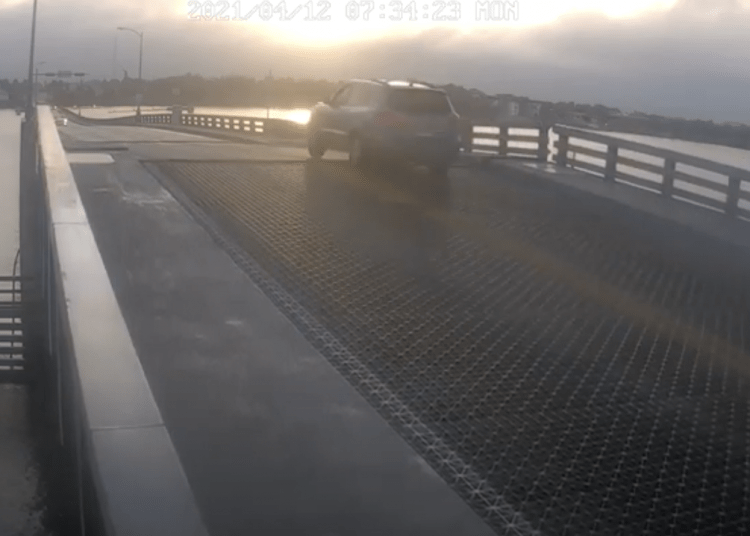 Daytona Beach, Florida – Dramatic surveillance video has emerged showing a speeding vehicle crashing through traffic barriers in Florida and jumping over a drawbridge as it rises. The incident took place just after 7.30 a.m. on Monday on the Main Street bridge in Daytona Beach.

Video released by the police shows the driver of a grey SUV, going eastbound toward the beach, smash through a traffic arm, warning drivers to stop for the bridge.

Traveling at a high rate of speed, the vehicle briefly becomes airborne as it jumps over a widening gap in the drawbridge spanning the Halifax River.

The SUV lands safely on the other side.

Investigators believe they have identified the driver of the SUV, but arrests have not yet been announced.

Share and speak up for justice, law & order...
Tags: Daytona BeachDoHDrawbridgeDukes of HazzardfloridaNotSD

Florida cheerleader stabbed a ‘horrific’ number of times by classmate