'If you make a job impossible, good luck finding anyone to do it' 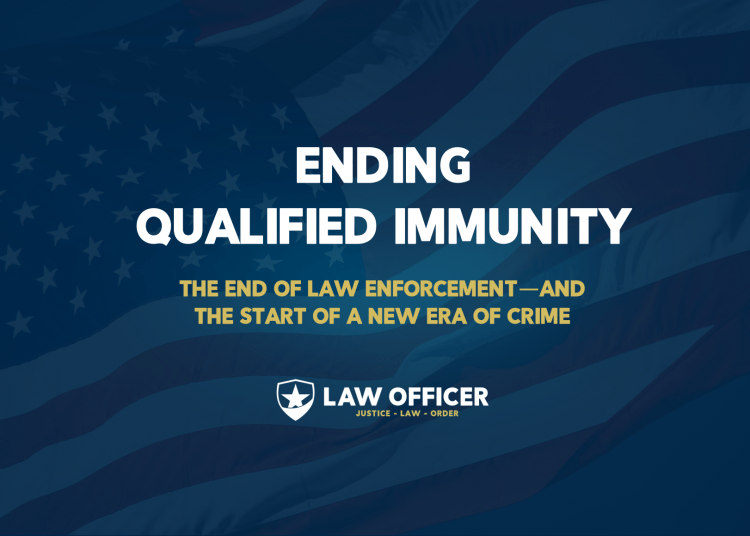 Sacramento, CA. – The California Assembly just passed a bill that aims to increase the accountability of law enforcement in the state including altering qualified immunity, a United States Supreme Court mandate. Governor Gavin Newsom is expected to sign the bill. The legislation passed the California Assembly with a vote of 46 to 18 on Friday. It was previously passed in the state Senate with a vote of 26 to 9.

The bill adjusts qualified immunity that is a federal protection against civil lawsuits, that applies to all government employees, unless the employee violates policy or the law in the course of their duties.

The bill, which failed in the California legislature last year, reemerged as a result of the George Floyd protests according to Business Insider.

The bill also sets up a process by which law enforcement officers convicted of a felony and no longer serve as police officers. Ironically, convicted felons, former officers do not, cannot be a police officer because they are not permitted to carry a gun.

Officers simply accused of misconduct would undergo a fair review process, per the bill, and those convicted of a crime would be registered into the National Decertification Index. Officers could also lose their certification for “demonstrating bias” based on race, religion, gender identity, sexual orientation or mental disability, among other criteria.

Republican Assemblyman Tom Lackey, a former California Highway Patrol officer, was among opponents saying the definition of wrongdoing is too broad and too vague.

The League of California Cities was among opponents, objecting that the bill “would eliminate the federally held doctrine of qualified immunity and create a largely unworkable peace officer decertification process.”

Law Officer Director of Training and author of The Courageous Police Leader, Travis Yates, says that law enforcement is ready and willing for police reform that will help the profession and the communities that they serve but California is simply following the troubling trend of so called reform that “will destroy law and order” in the Golden State without actually helping those that matter, the citizens.

Yates, who has trained thousands of cops in California says that altering qualified immunity combined with launching any decertification process based on an “allegation” will open the door for not only a mass exodus of law enforcement out of the state but it’s akin to “Disneyland for criminals.”

“The idea of a politician, that enjoys the same qualified immunity as the men and women behind the badge, to advocate ending that same immunity to those that are sent to some of the most chaotic and violent areas of the state to stop crime, is one of the most hypocritical and destructive ideas I ever seen,” Yates told us.

Yates said that politicians combined with the mainstream media have purposely lied to the public about what qualified immunity is so they can virtue signal their “reform” and make it seem like it will all of a sudden hold rogue cops accountable.

“No one, including law enforcement, wants a bad cop on the street and the system to eliminate that has been in place for decades,” Yates told us.

“Since when are cops not arrested for a crime or disciplined including being fired for violating policy,” Yates said.

As we have previously published, qualified immunity simply protects law enforcement from facing civil lawsuits when they do their job correctly, within their department policy.

Yates said that he has been told directly from California cops that the day qualified immunity changes in the state, they will be leaving.

“I certainly can’t blame them. First, California took the well established Supreme Court standard of use of force and gutted it and now they are doing the same with qualified immunity. At the same time, violence in the state has increased exponentially and law enforcement faces a real threat not only to their safety but now their bank account,” Yates said.

In closing, Yates said something that should resonate with anyone, in any profession.

“It’s really simple. If you make a job impossible, good luck finding anyone to do it.”