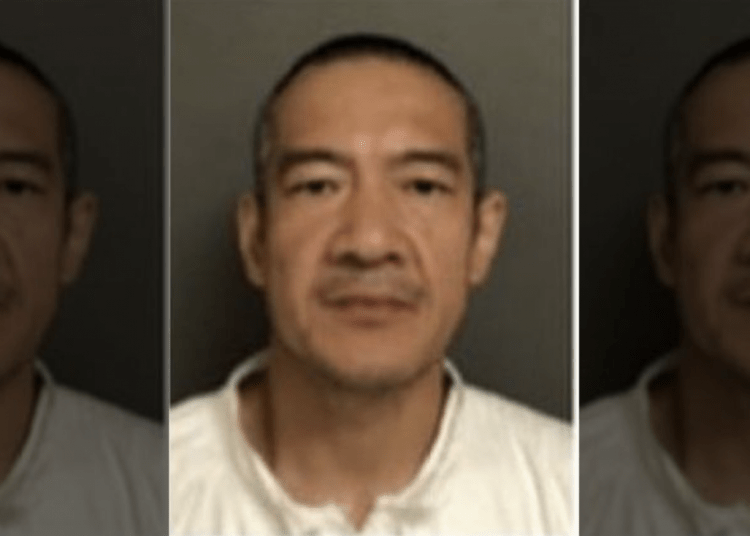 IRVINE, Calif. — A man who called his probation officer and said he killed his wife in their Irvine home was subsequently arrested, police announced on Wednesday, after officers responded to the residence to confirm the crime.

Yunlong Bai, 42, was arrested on suspicion of murder Tuesday, after officers found his wife dead on the kitchen floor of their home on Red Apple, the Irvine Police Department said in a news release, according to Fox11 Los Angeles.

Officers arrived at the couple’s home, located in the neighborhood east of Royal Oak and Eagle Creek, at about 1 p.m.

“An Orange County Probation Officer received a phone call from a probationer stating he killed his wife and would be waiting for police at his residence,” Irvine police Sgt. Karie Davies said in a statement.

According to Davies, the probation officer immediately notified the police and and dispatchers sent multiple officers to the residence with a “Code 3 ” response, KTLA reported.

Officers found Bai and another man, who rented a room from the couple, inside the home.

The victim, who was identified by police as Chao Chen, 33, had signs of trauma and was pronounced dead at the scene by the Orange County Fire Authority.

An autopsy is scheduled to determine her cause of death, police said. The couple had been married for 13 years.

Investigators said the tenant was not involved in Chen’s slaying.

Bai pleaded guilty Nov. 20 to misdemeanor violation of a protective or stay-away order involving Chen. He was sentenced Dec. 11 to three years of probation and 120 days in jail, according to court records. He was reportedly scheduled to be arraigned Thursday on a probation violation, according to Fox11 Los Angeles.

Bai was transported to the Orange County Jail where he is being held on $1,130,000 bail.