Kristopher Baca was gunned down in Palmdale on Wednesday after avoiding any real consequences in 2021 when he plowed into a woman and her child. 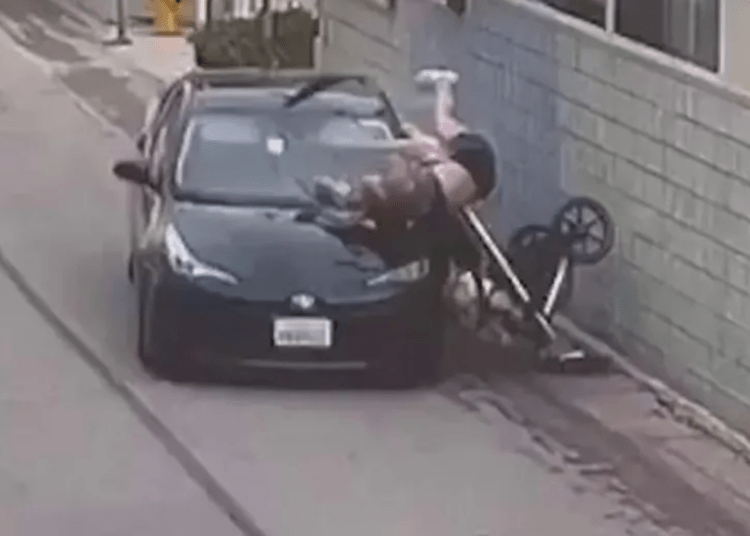 LOS ANGELES – A Southern California teen ran over a mother walking her baby in a stroller in Venice in 2021. He received a meager few months of diversionary camp as a lenient sentence. Now, law enforcement authorities said he was shot and killed in Palmdale this week, FOX News reported.

Kristopher Baca, 17, of Palmdale, was gunned down on Wednesday while standing on a driveway in the 38600 block of 11th Street East, according to the Los Angeles County Sheriff’s Department.

Baca pleaded guilty in the hit-and-run case last year. Progressive Los Angeles County District Attorney George Gascon and his criminal-friendly policies allowed the defendant to get away with diversion and just five months probation, Law Officer reported at the time.

The young mother, identified only as Rachel, took aim at Gascon in a scathing victim impact statement once the teen driver was ordered to participate in a diversionary program following the crime.

Sources with information about the homicide investigation told FOX that Baca had been at a fast food restaurant earlier trying to “get with a girl.”

“As he walked home alone, a car pulled up next to him and an argument broke out. Someone in the vehicle opened fire, then sped off,” FOX reported.

After her traumatic incident in 2021, Rachel and her family later moved out of Los Angeles to get away from what she has described as “soft-on-crime policies.”

Upon hearing the news of Baca’s death, Rachel said she had to mull it over alone since her husband was out of town. She said she was both relieved and saddened by the turn of events.

“The universe delivered the justice we weren’t given in court, but a much harsher punishment than he’d have been dealt in a court of law,” she said.

Baca was originally charged with two felony counts of assault by means of force likely to produce great bodily injury and one felony count of hit and run. He was also on felony probation for poisoning a high school girl’s drink at the time of the hit-and-run, which occurred on Aug. 6, 2021.

Despite the filing charges, the teen’s background, and the fact that Baca had drugs in his system and pot in the stolen car, Gascon still gave him nothing more than a slap on the wrist.

“If George Gascón actually did his job this kid would still be alive in jail.”

Rachel believed Baca should have initially been charged with attempted murder since that is what is seemed to be from her perspective.

“I thought those were the last moments of our lives; we were dead,” she noted during comments made in 2021. “That feeling, along with the memory of a car accelerating directly into us, will haunt me forever.”

Now that Baca has been killed, Rachel told Fox, “I think I feel shorted – by the system because they didn’t hold him accountable and sad, not for him, but for his mom a little, because if George Gascón actually did his job this kid would still be alive in jail.”