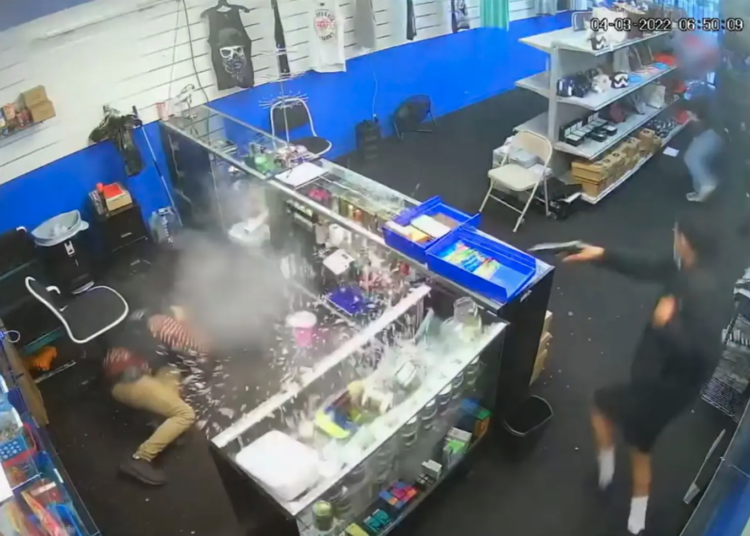 A security guard is seen ducking for cover as a bullet smashes a glass display at the smoke shop.(LASD)

COMPTON, Calif – Bullets were flying in a Compton smoke shop during a four-man armed robbery on Tuesday. The gun battle left one suspect dead, an employee wounded, one suspect in custody and two others outstanding, according to reports.

The violent robbery began just before 7:00 p.m. Tuesday at the shop in the 1500 block of South Wilmington Avenue, according to the Los Angeles County Sheriff’s Department.

Four suspects entered the business and at least two pulled handguns on the employee behind the counter, video released by authorities shows. 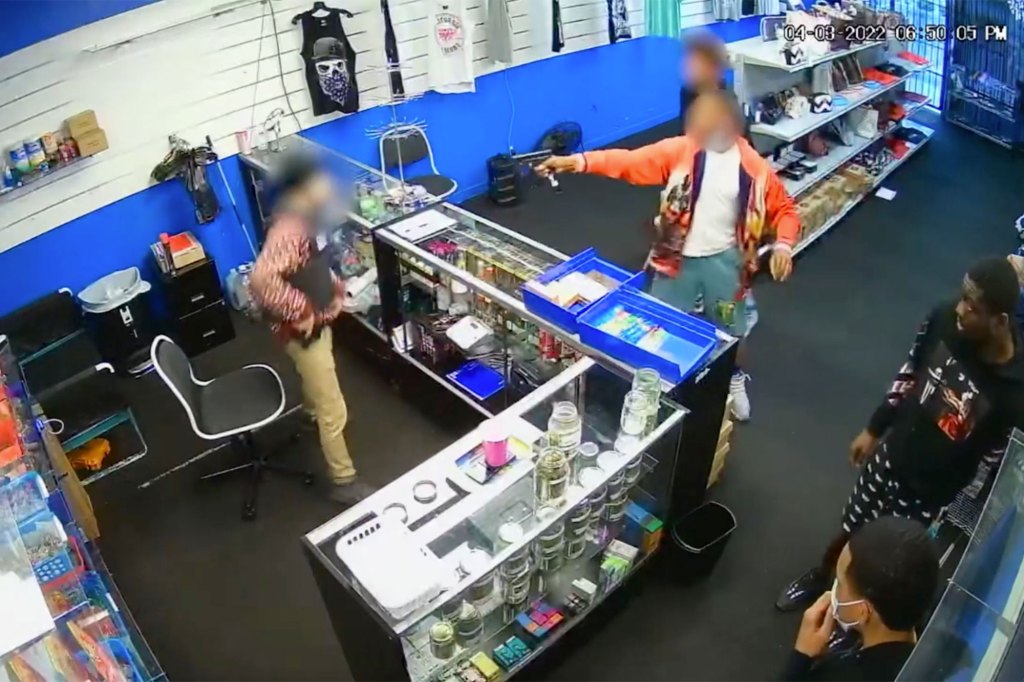 Suspects pulls guns on an employee at a smoke shop in Compton, California. (LASD)

The employee, who is an armed security guard, drew his own firearm, surprising the suspects, and a “gun battle” ensued, KTLA reported.

The worker, who is wearing a “Security” vest, ducks for cover as a bullet causes the glass display case to shatter, the video shows. 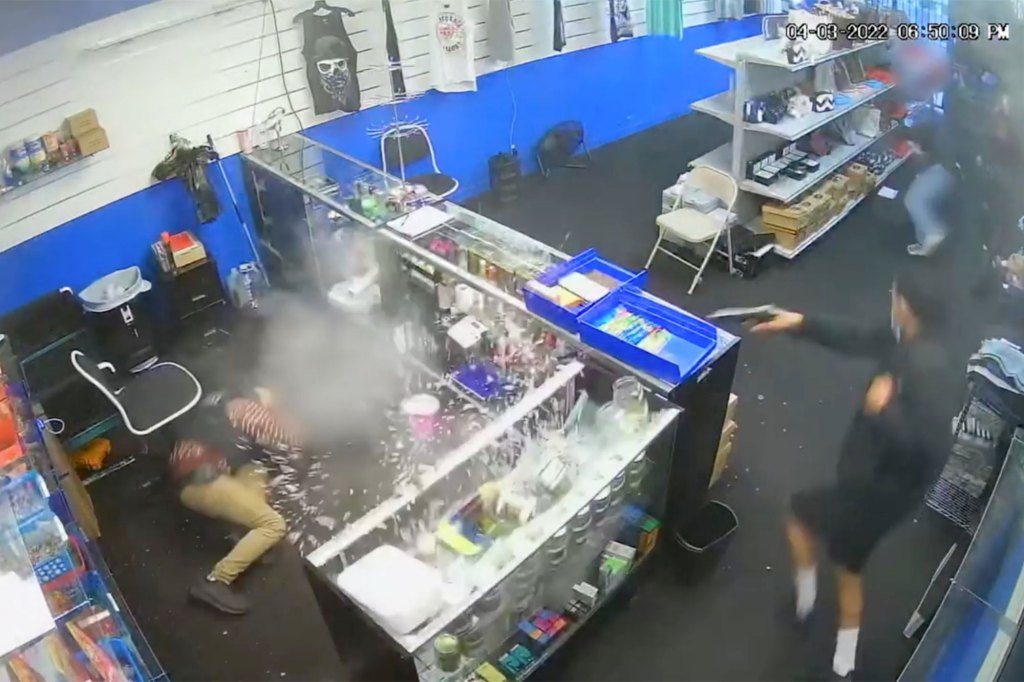 A security guard is seen ducking for cover as a bullet smashes a glass display at the smoke shop. (LASD)

The four suspects scramble and trip over each other as they retreat, yet two appear to continue firing. 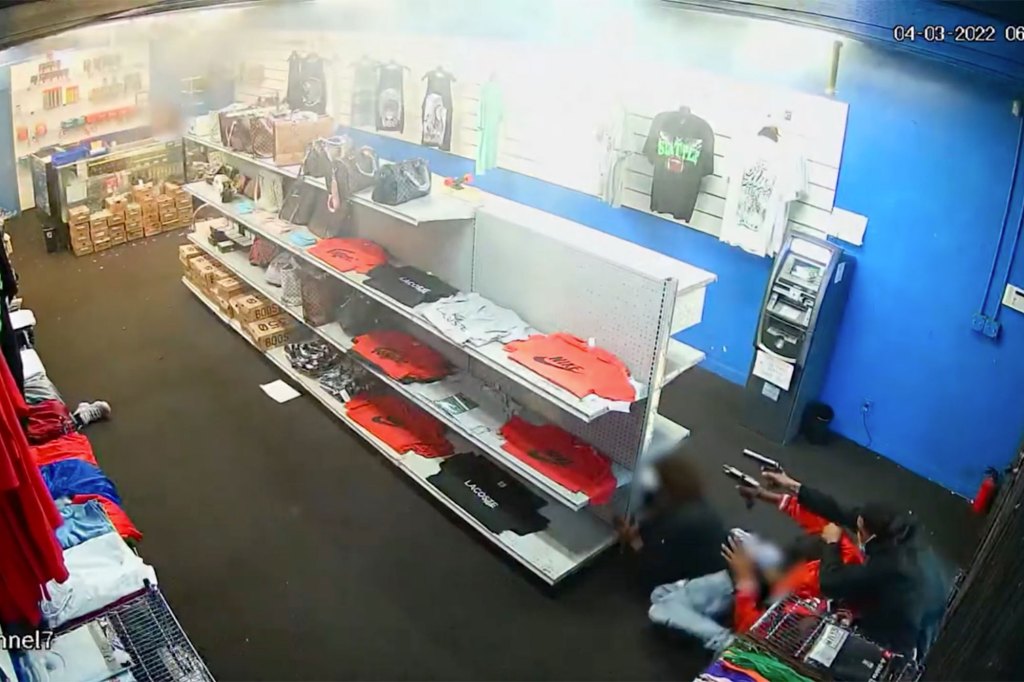 The robbery suspects are seen firing as they retreated from the encounter. (LASD)

The guard somehow managed to escape despite the onslaught, LASD said, though he was treated in the hospital for gunshot wounds to the head and neck.

About 30 minutes after the shootout, law enforcement personnel responded to a gunshot victim at Martin Luther King Hospital who turned out to be one of the robbery suspects who’d been shot by the security guard. He died from his wounds, the New York Post reported. His identity was not released.

A second suspect, who also wasn’t named, was arrested Wednesday, LASD said in a press release.

Two of the robbers, identified as Kahlel Lundy, 23, and Keith Rachel, 21, remain on the loose and are wanted for murder, the sheriff’s department said in a news release.

Anyone with information about the shooting is encouraged to contact the Los Angeles County Sheriff’s Department’s homicide bureau at 323-890-5500.