Officer Gladstone Haynes was a 17-year veteran assigned to the 70th Precinct. 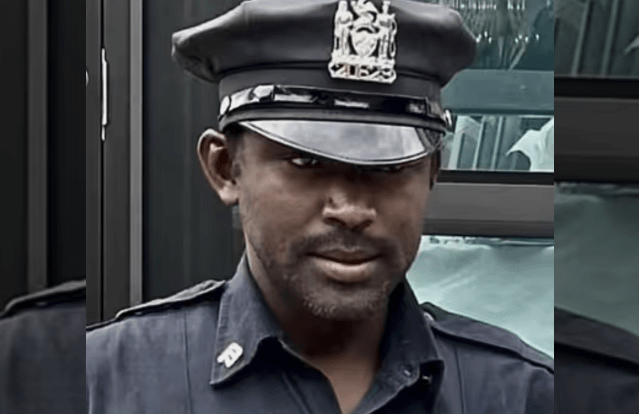 The body of Officer Gladstone Haynes was recovered Wednesday in Guyana. (Image via New York Post)

NEW YORK – Officer Gladstone Haynes of the New York Police Department vanished Sunday afternoon while swimming near a waterfall during a vacation in Guyana. His body was recovered early Wednesday.

Haynes, 43, from Brooklyn, was a 17-year department veteran who served at the 70th Precinct. He was found dead at Orinduik Falls around 6:30 a.m. local time Wednesday, news outlet Demerara Waves reported.

The Guyana-born law officer was reported missing Sunday afternoon after failing to return from an excursion to the waterfall.

“Enquiries disclosed that Gladstone was swimming below the Orinduik Falls in the water, which was high and streaming heavily at the time. He reportedly went under the surface of the water and disappeared,” local police said, according to the news outlet.

Haynes along with a woman, Alicia Vassell, who was identified as the mother of his children, had traveled to the popular tourist site on the border of Guyana and Brail. They were celebrating Vassell’s 34th birthday when he disappeared.

A witness said Haynes experienced some trouble while swimming and reached for another man’s hand, the Demerara Waves reported.

“I don’t know if the guy couldn’t grip him, and at that point he went under water and he didn’t come up back after that point,” the witness said.

When Haynes disappeared, local authorities spent three days searching for his body at the waterfall before it was recovered on Wednesday.

NYPD was assisting Guyanese authorities during the search and rescue operation, the New York Post reported.

According to public records, Haynes worked for NYPD since 2005, and was assigned at the 70th Precinct since 2017.