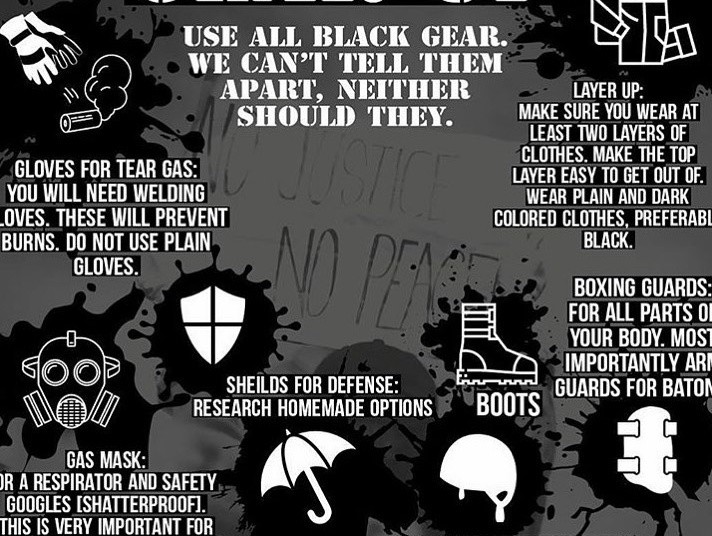 A lawsuit filed in U.S. District Court in Seattle alleges that protesters in the Black Lives Matter movement are being priced out of their civil rights by the high costs of defending themselves against police violence.

The lawsuit alleges that the purchase of gas masks, helmets, protective clothing, goggles, boots, gloves and even umbrellas are mandatory items in order to defend rioters from police pepper spray, less-lethal projectiles and other crowd-dispersal tools and it is the cost of those items that have violated the civil rights of those five defendants.

Well, if you have ever wondered what contribution violent rioters could contribute to society, maybe they can bring the price of this expensive equipment down so that more law enforcement agencies can afford them?

According to the Seattle Times, the plaintiffs — Jessica Benton, Shelby Bryant, Anne Marie Cavanaugh, Alyssa Garrison, and Clare Thomas — say they were the victims of police violence during protests and they need this protective equipment in order to  exercise their right to gather and protest without personal protective gear, which can be quite expensive.

“Because protesters now must purchase expensive equipment to be assured that they will be able to protest safely, the indiscriminate use of weapons by SPD implicates equal protection,” the lawsuit alleges.

“Because the Seattle Police Department has acted above and outside the law in dispensing its unbridled force, and the City has failed to prevent same, the government effect is to establish a de facto protest tax: individual protesters subjected to SPD’s unabated and indiscriminate violence now must purchase cost-prohibitive gear to withstand munitions — even when peacefully protesting — as a condition to exercising their right to free speech and peaceable assembly,” wrote attorney Talitha Hazelton of Renton, who filed the lawsuit Monday.

Protestors on their way to harass the Seattle police chief ⁦@carmenbest⁩ at her home, encountered locals who were not in the mood to host protests in their neighborhood.

Protestor: “We are peaceful! You pointed a gun at my face!”

Resident: “That’s why you are peaceful.” pic.twitter.com/QU0FzwReNG

The Seattle City Attorney’s Office will “look into these new claims and intend(s) to defend the City in this matter,” said spokesperson Dan Nolte.